The first hacker garden Stuttgart took place on the 23rd of July 2015. One of the hacks was a DIY encrypted lightweight radio transmitters ping-pong.

The idea originates from a home automation project from one of the hackers. Apparently there is a lack of encrypted radio transmission protocols, respectively the hardware and software components on the market. If you want something done right, you usually have to DIY.
So the task for this hacker garden was to initiate a connection between a gateway and a node. And establish an encrypted ping-pong communication.

Here is a list of the Hardware we used:

Since you can only show one Serial Monitor with the Arduino Software you should have another serial port monitor (e.g. CoolTerm ), another computer, or just switch from one Arduino to the other. 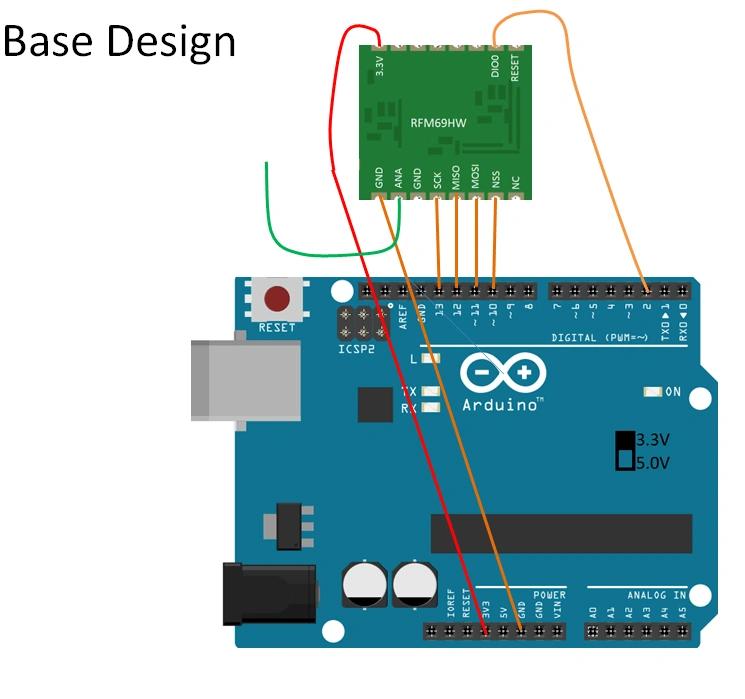 The cable setup of the Arduinos and the radio transceivers
Source: https://electronichamsters.files.wordpress.com/2014/09/dd_basic.png

Install the Arduino Software as described at this Getting Started Guide .
Copy the library directories (RFM69 and SPIFlash) into the Arduino libraries directory. (Standard for the lib dir is $home/Arduino/libraries (analogly with Windows))

The RFM69 library comes with some examples (in the Examples directory).

The Gateway and Node example are ready to go. Try to compile the examples:
Open the example files in Arduino Software and use the Verify function (the button with the tick mark by menu Sketch->Verify/Compile).

Upload one example on each Arduino and check if it is working by opening the Serial Monitor (menu Tools->Serial Monitor).
You should see some text outputs. The first task for the next hacker garden will be to get the pong working.
But we design-thought (I heard that design thinking is the new brainstorming) for another major task, one could say a purpose for this radio transmitter setup. Since our task at this hacker garden originates from a home automation project, it would seem natural to actually procure a hacker garden with an automatic irrigation system – of course communicating via an encrypted radio transmission.

We created a github-repo for our hacker garden project:
hackergarten-stuttgart/EWHA

There is a followup project:
Driving a Servo on Arduino from a remote Arduino over secured radio