On 15 and 16 October in Hamburg this year the international conference of DevOps took place. What is it? Basically it is a community that tries to integrate the departments of Development (Dev) and Operations (Ops). In the age of agile methods, this is a basic requirement to be able to deliver the software in short release cycles. While in many organizations the development teams are working with agile methods, the operation departments are often separated from the rest and this is still an underestimated time factor. In addition to the use of technical solutions, such as completely automated deployments and releases, there are problems with communication to solve. Especially in the past, I think not only I noticed that developers and admins are not always the best friends ;-). But in the end we are following all the same goal: We want to deliver high quality software to our customers as soon as possible.

Stephen Nelson-Smith started the conference with his presentation and talked about his experiences in the DevOps environment and provided a brief introduction to the topic. It quickly became clear that he sees a need for agile methods for system administration. David Anderson (co-founder of Kanban) discussed in his fish bowl how to use Kanban to bring operations in contact with agile methods. Scrum is in the first step not appropriate for him, because sysadmins usually have to react faster than an interation.

I found the talk by Jez Humble very interesting in which he spoke about continuous delivery. He also published a book about this topic. This is about the logical consequence that arises from the continuous integration. If you regularly build and test software, then nothing prevents you from a continuous deployment in the live environment. Jez mentioned here the example of the company flickr, where 10 production deliveries a day are not uncommon. The cooperation of the team and the full automation of the processes is the key to success. If you are interested his slides can be viewed on slideshare.com.

I noticed that the percentage of sysadmins in relation to developers was higher, what I did not expect before. Accordingly great was the interest in our booth from codecentric, where Fabian Lange showed the APM tool AppDynamics. Many visitors have seen the tool for the first time and were impressed by the features.

At this point, many thanks to the organizers Patrick Debois and Marcel Wegermann. The location was really awesome 😉

Finally, I am interested in your feedback about this topic. Do we need the devops or are you and your customers satisfied with the current situation? 😉 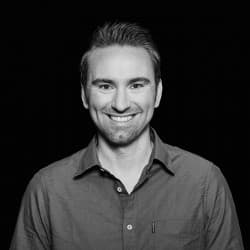