I was thinking to get James Bach to the Netherlands because he has an interesting view on testing. I read a couple of the books he wrote, watched a presentation from him on video. I thought he has a lot to tell.
Beginning of this year a new colleague joined codecentric (Krystian Kaczor). Together with Krystian we organized that the RST training would be given in the Netherlands. Should I attend also? I already have been to Rapid Software Testing from Michael Bolton in the summer of 2011. Here is my opinion on RST vs RST:

Coaching vs. Leading
The main difference in my opinion is that James is way more focusing on the soft (ethic) side of the tester than Michael. James is more of a testers coach, every time he is focused to get you your answer ready and well thought.
Where Michael was more of a testers lead, focused on the techniques and practice. Michael explained, why there are certain approaches, when to use them, decorated with loads of experience stories where he uses that techniques or practice. It must be said that Michael had more great one-liners throughout the course. Michael is a very good storyteller. James gave me loads of knowledge to perform a better job as a tester.

Games and Exercises
What is the difference? I had the idea that the course was a bit more organized from James than from Michael. Michael was more adapting the content to his students. When it was needed Michael took 3 steps instead of 1 step. Examples where Michael explained how the pattern exercise xls file was created and why. James just showed it. The dice game was also different where James gave 1 big assignment and Michael gave the same assignment in 3 little assignments (step by step improving). Games played by Michael where games played to give you insight, where James wanted to learn you something.
The heuristic test model was explained by both but with Michael we played with the heuristic test model. The wordpad exercise from James was a good insight in test missions and credibility as a tester. He teaches this in a coaching style. Where he asks you to get your test idea ready and he asks questions to let you find out how good your idea was. One other thing that James was a bit more focused on was telling a testing story and an appropriate test rapport.

Same Training; Yes and No
Did I hear two times the same thing? Yes, for 61.234 % (Of course this percentage is not true). In the training you learn that it is not all about numbers. Like consistency to image, consistency to history, consistency to user expectation. The majority was the same but both have their best practices (no, just kidding ;-)) their favorite practice / stories / games.

Michael gave more material to read and to test. James had a refreshed set of presentations with the example why boundary value analysis is wrong in a presentation form.

If I can choose to go again where would I go? In an Agile environment I tend to say James for his coaching style, which is more appropriate to Scrum. Most testers are the only testers in a Scrum team. Working on getting respect / credibility as a tester is a must by James. At the other side Michael is a good teacher, who lets you be prepared with convincing stories to all other team members. If you have the luxury as I had, go for both.

Learn by Doing
The best advice James gave me was when I was bringing him back to the airport. On the question how should a beginning tester start learning testing. James said: Let them learn all the stuff during practice. All the terms are way easier to learn when you are doing it in practice. Stop the work and explain, continue, stop and explain. Then they will easily understand the terms like preconditions, test design, coverage, pair wising, why do we need to track info, etc.

It is with all things, if you experience it more often you get a better picture what it means. For me personally it was great to do two times the RST training and see James the coach in action. 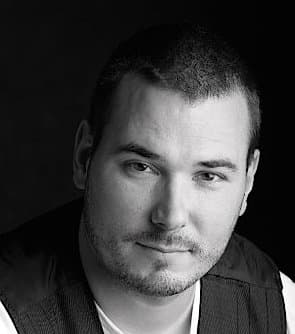