“Beating the Averages” is the title of Paul Graham’s famous article from 2001 about the advantages of Lisp in the product development business. 2013, 55 years after the inception of this family of programming languages, Clojure, a Lisp for the Java virtual machine is on everyone’s lips. Whether in the startup or in the product development team, research institute, bank or newspaper, Clojure is leaving a fair impression.

Nevertheless, the programming language that has been under active development since 2007, is all but invisible in the software contracting and consulting business in these parts. Why and how we want to change this is the topic of this article.

However, to actually recommend a programming language in good conscience, it needs to meet a few important requirements. Let’s have a look at Clojure against this background:

Disregarding its currently low level of distribution (more on this in the last section), the most important risks concerning the introduction of new technologies are reasonably well addressed.

While covering each relevant language feature would go beyond the scope of this article, I’d like to focus on those aspects of Clojure that in my opinion make it an excellent choice for software contracting for both customers and suppliers:

In combination, Clojure gives a comprehensive and elegant answer to a lot of questions that regularly arise in the software contracting business: maintainability, learnability and productivity are some of its strong points.

The biggest obstacle to a wider adoption in our business is the comparatively low supply of Clojure software development capacity. While most other concern regarding its use can be dispelled, the impression of a supplier market remains. This is where we as codecentric want to take action:

If you are interested in this topic, we’d love to get in touch with you. Leave a comment here or write a mail to clojure@codecentric.de. 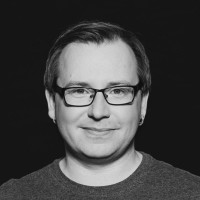 Nils is a passionate programmer with almost two decades of experience in designing and realizing software solutions for small and large companies.

While his original focus was Java development with Spring, he later became a coach for development teams trying to adopt agile methods and software craftsmanship principles. In recent times, his focus has moved to requirements and product management in the software domain.

In his current role, Nils is responsible for the codecentric Digitization Labs and supports customers during the early stages of digital product development.