Atlassian’s development infrastructure is quite sophisticated and developers usually get answers to most of the questions. The situation is slightly different, however, when it comes to questions about agile (i.e. automated, developer-driven) testing.

With a series of articles we – i.e. Raimar Falke and I – want to introduce developers which are new to JIRA plugin development to JIRA plugin testing, i.e. choose the right test types for their plugin and show how this testing is executed in detail. This first post contains an introduction to the topic, an overview of the tests in the context of a JIRA plugin in general and unit tests in particular.

JIRA is an issue and project tracking software by Atlassian which provides a rich set of features and is extremely customizable. It is used worldwide by a large number of companies, organizations and project teams.

Plugins also known as Add-Ons are the way of extending JIRA even further. While Atlassian already hosts a variety of plugins in their marketplace, there might be situations where a tailor made plugin is the only solution.

Fortunately, Atlassian provides a SDK for developing extensions for all of their products, as well a host of documentation and a questions & answers area.

A central part of any software project – and the development of a plugin for JIRA is one – is the test of the system. While Atlassian provides documentation and examples for most test-related use cases it is not always obvious which technologies or methodologies can – or cannot – be employed, especially if the tests should integrate themselves as smooth as possible into the existing development workflow.

Relevant and related technologies and terminology

The Atlassian products in general – and JIRA in particular – employ a set of technologies or terms which may be ambiguous or infamiliar to the reader. Therefore, we will introduce them to the extent which we deem reasonable in the context of this series.

Maven is the build management tool for all Atlassian products and extensions. It is  capable of handling extremely modular projects including their dependencies, build processes as well as reportings and can easily integrate into an Continuous Integration (CI) server. Atlassian provides wrappers for many maven commands to ease typical development tasks (cf. Atlassian Maven commands)

OSGi is a consortium and a specification for modular Java software systems. Atlassian, like Eclipse, uses an OSGi container as the foundation of its products and all plugins are basically OSGi bundles. Therefore, certain restrictions and best practises stemming from OSGi must be taken into account during development – and even more so during testing. If we speak about a container in the the text below we mean the OSGi container.

The application like JIRA or Confluence which acts as a host to the plugin under development.

Active Objects is an ORM layer into Atlassian products. Since it is the recommended way of accessing and storing data, it should be taken into consideration when testing.

Testing (manually and automatically) of a plugin running inside the container (e.g. to test the user interface) is tedious, because it requires to launch the container, JIRA, install the plugin and execute the tests repeatedly. With JIRA taking about 3 minutes per start-up, this quickly adds up to a large part of the day, even if changes between runs are minor. FastDev (a plugin itself) is a way to detect changes to the source code of the plugin from inside of the running JIRA and allows to rebuild and reload the plugin including the changes without having to restart the whole application, thus dramatically improving turnaround times.

The following gives an overview over Atlassian commands for typical development tasks and their corresponding maven commands.

Atlassian products are basically Java (web-)applications, which are built with Maven. The standard installation of the Atlassian SDK comes with its own Maven installation, a custom settings.xml, a local repository and a set of shell scripts (the above mentioned Atlassian Maven commands) which facilitate the development process.

The JDK, however, is a prerequisite. Our experiments revealed, that JIRA version up to 6.2.6 will not start when a JDK 8 is used. Therefore, we recommend using JDK 7, since it eliminates an issue with type inference which you could run into with JDK 6. Even if not explicitly explained (but in most examples you will find it set thus), the source and byte code must be JDK 6 compliant.

While the project was conducted, the SDK’s latest version (4.2.20) was still bundling Maven 2.1.0 which does not work with some plugins we find rather useful, among them FindBugs (which requires Maven 2.2.1) and Sonar (which needs Maven 2.2.x).

There are at least two ways in which the development infrastructure can be set up to work with a newer version of Maven, however.

There are limitations to the versions of Maven you can use, however. Trial-and-error revealed, that 3.1.* or 3.2.* versions do not work due to a change in the felix plugin’s API, which the Atlassian SDK requires; Maven 3.0.* versions are fine. This is also the version we recommend. An example error message could be:

How the developer wants to test

There are two main ways to run tests: during development in the IDE and at the CI server. The first helps the developer in the red-green-refactor cycle and the second in ensuring that no other functionality got broken during development. While speed is important in both cases running tests from the IDE is interactive and therefore speed is king. In this scenario it is also important to be able to select which test class(es) or test method(s) to run. On the CI server it is important that the tests are stable (no flaky tests breaking the build, build agents are equal,…) and that they are reproducible meaning that the context (OS, other support software, …) is well defined and can be recreated. Another difference is that on the CI server the tests are executed in a batch.

Regarding what tests to write the test pyramid usually gives the advice that there should be three test types:

In the case of a JIRA plugin usually JavaScript code in the browser interacts with the Java part of the plugin in the JIRA server via a REST API. Therefore, the service test would test the REST API. And the UI tests would in addition also include the HTML and JavaScript code.

For unit testing JIRA plugins it is recommended by Atlassian, although not really required, to place the tests inside the ut.* packages (“ut” stands for unit tests). This serves to distinguish them from integration tests (which will reside inside the it.* packages) or normal supporting classes (e.g. page objects and utilities).

As stated above, unit tests serve to test an isolated unit of the system. In order to be able to test units in isolation, it is necessary to either develop rather loosely coupled and independent units or make use of mock frameworks.

In order to create unit tests at least the following dependencies should be included. Among other things this brings a lot of mock-objects to work with and a dependency to mockito.

Unit tests can then create mocked objects in the usual way:

A specialty of OSGi is the use of dependency injection through the constructor. As a result, most components in a JIRA plugin have a rather large number of constructor parameters. In order to test these components, all dependencies have to be mocked (FooBar is the component under test):

In order to test persistent objects which rely on the Active Objects framework – we will call them repositories from now on – additional dependencies are required (note the use of a property in place of the version enabling synchronization of test and framework dependencies):

The tests themselves are regular JUnit tests with additional annotations (see below for an example):

For the last point, an implementation of the DatabaseUpdater interface must be provided. According to the documentation, this updater is called once per class (or it is even reused across multiple class if the implementation is shared). In its update method it must tell the entity manager to migrate (prepare the database for) all relevant entity classes:

For the database, a wide range of servers is supported, e.g. HSQL (in-memory and file storage), MySQL, Postgres or Derby.

By default every test is executed inside its own transaction, which is rolled back afterwards. This works, however,  only if the class under test (the repository) leaves the transaction handling to the container (as described in the second half of this document). If you follow the implementation pattern described in the first half of the referenced chapter, i.e. the repository takes control of the transactions, it is necessary to annotate each test with @NonTransactional. The following snippet shows a sample test class (which is using the database updater shown above):

Unit tests are normally run with the command “atlas-unit-test”. If the development environment is set up as described above, it is also possible to run the tests with the command “mvn test” or from inside an IDE with the unit test runner.

There are a few traps with the basic setup of an JIRA plugin project which we outlined above. Implementing and executing basic unit tests in contrast is quite straightforward. In the next post we take a look at “wired tests”: what are these and how can these help the developer.

Other parts of this series 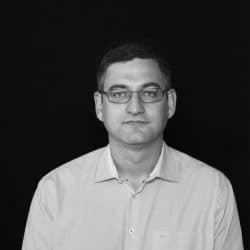 Thomas Strecker works as a Senior IT Consultant for the codecentric AG and is managing the Berlin branch together with Marcel Wolf. Besides the management tasks he is still working in projects covering topics such as Java profiling and performance analysis, microservices or test automation in the context of agile software development.