Getting Started with Zucchini

Zucchini is a new testing framework that uses a BDD-style domain-specific language (DSL). One of its focus areas is simplifying acceptance tests written with Selenium. It is not a replacement for JBehave or the Robot Framework, as you will see later on. This guide will give you a glimpse of Zucchini’s concepts by describing an example step by step.

We are starting with this simple test class:

This looks pretty easy, doesn’t it? But let’s examine this test for a moment:

If you’ve made it so far, you already know 90% of the important stuff. But wait, we missed something, didn’t we? How does the test know what to do with these statements? Is there a complex language I have to learn before? And what is this CommonStatements class doing there? Okay, to be honest: I have held back some information. First of all, no, you don’t have to learn a new language. The statements in this test are placeholders for instructions that I will show you in a moment. And yes, CommonStatements plays a big role. But most importantly: This is a real test and it works perfectly. It will do what you expect it will do and there is missing in this class. The next section will describe the magic behind those statements.

The previous section contained a simple test that navigates to codecentric.de, types “codecentric” into the search box, submits the search box and expects “codecentric” to be somewhere on the page – for example, as part of search results – afterwards. There seemed to be some magic involved since we have already ruled out that there is a complex language you have to learn. So what is the magic inside CommonStatements? I am sorry to disappoint you but there is no magic at all. This is most of the part that I have held back before:

We will start with the following code snippet as a first step:

At first, you will notice that the statement that we have seen in our test case is part of a JUnit @Rule. I will not talk about JUnit @Rules here. If you don’t already know about this concept, you might want to go to the documentation before you continue.

The second part of the so called WebFactRule is onPage(url("http://www.codecentric.de")). Both, onPage() and url() are statically imported methods.

onPage() returns a WebFact. Basically, a fact is something you expect to be part of the initial state of a test. Actually, you don’t want to test facts. You take them for granted. Of course, Zucchini will detect if facts are broken and your test will fail if they are. If you have worked with Behavior Driven Development (BDD) before, you’re already familiar with Given, When, and Then. Zucchini calls atomic statements describing the initial state (Given) facts. Now, onPage() does not return Fact but WebFact. Web facts are specialized facts for web testing purposes. WebFact is just the interface for all types of web-specialized facts. The actual type of the object returned by onPage() is OnPageFact. All fact implementations describe how Zucchini can establish them. The OnPageFact knows how to open a specific page.

So, why do you need url(), you might ask. OnPageFact is more powerful than you need to know for the moment (in case you are curious: it supports Page Objects). The OnPageFact does not work on URLs directly but on something like a wrapper. For the sake of simplicity, let’s say url() takes a URL and wraps it in an object. I guess, we can take a step back and look at the previous code snippet again:

What’s new? Actually, not much. Zucchini provides many useful methods that you can import statically to interact with pages, for example:

Most of the web steps work on elements. These elements are described using Selenium’s By, for example:

For more information on locating elements, please take a look at the Selenium WebDriver documentation.

By now, you should have deciphered the two rules above. However, I will summarize what you most likely already know:

We are getting close to the end of this guide. By now, you should have figured out how to register facts that define the initial state and steps that describe how you want to interact with a page. This section will show you how you can check for page characteristics.

A WebResult is a web-specific Result that checks whether the page state looks like you’d expect it to look. Zucchini provides some basic implementations, for example:

The @Rule above can be described as follows:

Now you know what facts, steps, and results are and you know how you can define them. Since Zucchini uses plain Java, you will be able to use all of your IDE’s auto-completion features. You don’t need an additional plug-in for your IDE or additional IDE configuration.

The last part of the CommonStatements class is this:

The @Rule above registers a web-specific Executor that uses the Selenium WebDriver API internally. Selenium can run in multiple browsers so we need to tell the executor which browser to use. This example uses Chrome. You might want to use HtmlUnit instead for headless testing. I’ll leave you to it.

This short guide introduced parts of Zucchini which is a lean testing framework that uses a BDD-style DSL. You have learned how to write simple Zucchini web tests and I have shown you the basic concepts behind Zucchini. Here are some suggestions in case you want to dig deeper into Zucchini: 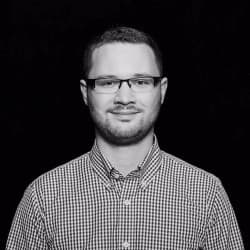