In the last three blog posts we – Thomas Strecker and I –  focused on writing tests and also covered how to run them. But running tests on your local development box is only the first step. The more important one is to run them on a CI server automatically. What has to be considered for this?

The CI Server and the Atlassian SDK

There are a lot of CI servers to choose from. According to two reports, the most common CI servers are Jenkins (+Hudson), Bamboo and TeamCity. While Jenkins and Hudson are open source tools the other two (Bamboo and TeamCity) are commercial products. These solutions are web applications, which run on your system. Differences exist in multiple areas, e.g. supported SCM and build systems. Another big diffentiator is of course the user interface. Fortunately all of them support Maven which is used in the JIRA ecosystem.

There are multiple ways to create a working configuration. 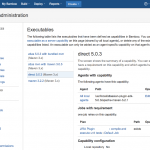 Jenkins does not use the mvn executable to run the Maven build step. So only the first variant is possible. For this you have to specify the environment variable ATLAS_HOME in the global configuration with the value …/atlassian-plugin-sdk-5.0.3/. In addition you have to create a Maven installation with MAVEN_HOME set to …/atlassian-plugin-sdk-5.0.3/apache-maven-3.2.1/. Sadly it is not possible to use the EnvInject Plugin to move the global ATLAS_HOME config into an individual pre-build step. See https://issues.jenkins-ci.org/browse/JENKINS-17620 and https://issues.jenkins-ci.org/browse/JENKINS-18234.

TeamCity like Jenkins does not use the mvn executable either. You can specify the ATLAS_HOME environment variable either at the project level or for an individual build configuration. In the Maven build step you have to choose a “Custom” Maven selection and pass the path …/atlassian-plugin-sdk-5.0.3 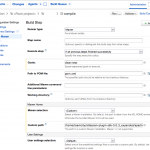 There are a few general ways to use the Maven from the Atlassian SDK in the CI server:

In general, we recommend that last solution (expanding the path in the settings.xml file). Creating a copy of the SDK directory (62mb here) and sed-ing one file is a small effort, which reduces other problems down the road.

There are some other problems you need to be aware of.

On a less capable machine (like for example an AWS instance) it is possible that the startup of JIRA takes too long and a timeout condition is raised. Setting the atlassian.plugins.enable.wait to a high value helps here:

Note: setting the wait to 1000 seconds will produce warning messages in the logs, claiming the plugins have not been compiled to provide a 1000 seconds wait. This warning can be ignored since it only applies to the test cycle and not the production code.

WebUI tests are more complex than other test types. For one, they need to start and communicate with a browser. And on a Linux CI server such a graphical program requires some X11 display. On such headless cases the virtual framebuffer X server (Xvfb) is used usually. While there is an option in AMPS to let the WebUI test start the Xvfb we were not able to make this work. Starting the Xvfb once as a long running server (for example in a startup script of the operation system) is the alternative solution. Related to frontend tests you want to set the DISPLAY environment variable to something like “:1.0”.

What about Code Coverage?

For us Sonar is a central dashboard for the source code quality. So especially if you inherited some legacy code you want to know which classes are tested in what way. Code coverage can act as an indicator for this. You still have to take a look at the tests to see if they make sensible assertions, which reflect the functional requirements.

Bundled with the SDK is Clover which is a commercial code coverage tool from Atlassian. A good start for this is the atlas-clover command which you can run from the command line. It will instrument the code, run the tests and output a short summary in addition to the HTML files generated in target/site/clover. The atlas-clover command does execute under the hood a normal maven command with the two goals clover2:setup clover2:clover wrapping the test execution. Sonar also has such a two step execution so this is a good match. We ended up with two build goals which are executed after each other:

Armed with these information there is no longer an excuse of not using a CI server to test the JIRA plugin you are developing. As you can see we like tests and think that tests are an important part of the software development activity. But we also see that writing tests for a JIRA plugin is sometimes more cumbersome than desired.

Currently we have no further open topics regarding testing of JIRA plugins. So this is the last post in this series. 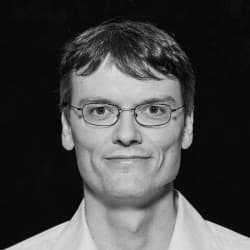