Getting the best of Apache Cassandra inside Apache Karaf: this blog post will describe how easy it was to embed the NoSQL database inside the runtime. This can be helpful while developing OSGi-related applications with Karaf that work together with Cassandra.
The entire project for the examples can be found at GitHub.

Working with Apache Cassandra is fun, though sometimes you just need a simple embedded server with a connected client to test something for a POC or to explore the APIs. So it should be easy to install and use this embedded server. Combining this with the power of Apache Karaf, an OSGi Container, makes an unbeatable team.

Apache Karaf is an application server for OSGi applications. In the showcase we are going to use Karaf in the version 4.0.0-SNAPSHOT. It is still unreleased, but comes with so many great improvements, that we chose the SNAPSHOT anyway.

The main goal of Apache Karaf is to provide a complete infrastructure to run OSGi related applications without the hassle of integrating and fine-tuning the components. For example it provides standard logging functionality, a shell, which can also be called via SSH and some more infrastructural bundles. But certainly one of the biggest plusses is the shell that even supports auto completion and acts like a regular Unix shell.

Running an embedded Apache Cassandra isn’t that hard, you just need to instantiate a org.apache.cassandra.service.CassandraDaemon. Without a configuration the daemon would fail to start though. Providing such a configuration with Karaf or OSGi in general is quite easy. Implement a ManagedService that manages the lifecycle, i.e.. start, stop, configure, of the wrapped CassandraDeamon .

As a ManagedService the newly implemented OsgiEmbeddedCassandra class just needs to implement the update method of the ManagedService API and therefore will be informed if a new configuration for the embedded Cassandra service is available. This method will take care of starting and stopping the CassandraDeamon.

Additionally the service will implement the methods to start and stop the embedded Cassandra via the implemented interface.

The interactive Karaf command shell is a powerful tool, which helps a lot with every-day debugging and administration tasks. So it is just natural to have some administrative commands available to control the embedded Cassandra service.
In this showcase we’ll create four Commands to manage the embedded Cassandra service. The StopService command will, as the name already states, give you the ability to stop a running embedded Cassandra service. The StartService command starts the service, if it isn’t already running. With the IsServiceRunning command you’ll get feedback about the current state. As an embedded instance is usually good for starting a POC or some showcase you might want to do some more try and error, so a cleanup of the mess could be handy. For this the CleanupKeyspace command is used. How easy it is to create such a command can be seen by the following StartService command, this and all other commands can be found in the sources.

It’s a very simple class, all of the infrastructure needed is hidden by annotations. The @Command annotation marks this service as a command. The properties tell the scope of the command on the shell, like cassandra:connect. This is useful to group certain commands.
The @Service annotation declares this class to be a service. With this, it will be registered as a service in the service registry of the OSGi framework. The embedded Cassandra service is referenced by the @Reference annotation. Karaf will take care of injecting the service if it is available, otherwise this command won’t be accessible from the shell. As this command doesn’t use any further arguments only the execution method is needed. It’ll start the service if the underlying CassandraDeamon is stopped, otherwise it fails with a message. The execute method which is called by the shell implementation, does expect some return value, which will be printed to the shell. But since we want to be in control of the output, especially in case of an error, the method just returns a null.

To install this feature you’ll need to go to the shell of Karaf and issue the following commands. Where the first command registers the feature definition and the second one does install the feature.

After this feature is installed, you are able to use the commands we previously defined. For Example issuing the following command:

Will return true, as the embedded Cassandra is running.

As it is pretty boring just to start and stop an embedded Cassandra server, we will add some more commands to our library. Those commands don’t necessarily need an embedded Cassandra server they could be used to connect to any Cassandra cluster.
At first some Cassandra client bundles need to be installed. In the previously mentioned feature definition is also a feature defined for Cassandra client bundles. Just install the Karaf-Cassandra-Client feature as shown before. Now we need some more client command, such as connecting to a Cassandra Cluster or issuing CQL scripts. The following commands are available if you install the last remaining feature in the feature descriptor, the Karaf-Cassandra-Shell feature.

These are some nice commands but sometimes when debugging for an issue you don’t really know where to start, so a little help by the system is needed. For this some extra cassandra:cqlsh subshell commands are available. The cqlsh subshell is intentional because the following commands are supposed to give the same feeling as in the cqlsh, which is a python script. Those commands have completers that take the current scope like session, selected keyspace or table into account.
To use those commands, either switch to the corresponding subshells by issuing cassandra and cqlsh or prefix the commands by cassandra:cqlsh: 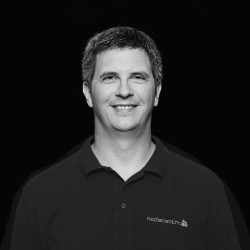 Achim Nierbeck works as solution architect and branch manager for codecentric AG in Karlsruhe.
He has more than 15 years experience of working in the field of Java Enterprise. In the last years he focused on working with Big- and Fast-Data architectures and Apache Cassandra.
In his private time the Apache member serves as PMC of Apache Karaf and is the Lead developer of the OPS4j Pax Web project.

SMACK stack from the trenches