Do you know Ada Lovelace, Barbara Liskov, Shafi Goldwasser, Sophie Wilson, Anita Borg and Grace Hopper? If you had participated in the ClojureBridge event in Solingen mid of June, you would! All of them are influential women that helped advance computer science and the tech industry. To see more females shape the IT sector, we should try to have more women that code.

On the 12th and 13th of June we hosted the first German ClojureBridge workshop. ClojureBridge is an initiative aiming at increasing diversity in the IT sector, meaning the free 2-day workshop is dedicated to female attendees, who can bring a male guest if they like. The workshop is open to beginners as well as professional programmers.
“But why Clojure?” you might ask yourself. Clojure has little syntax and few concepts you need to grasp to get going. No need for understanding the difference between a class and an instance, just functions applied to input returning output. Also, the Clojure community is still young and not as big as well established communities of mainstream languages , making it easier to diversify it early on.

The 25 attendees and 20 coaches from all over Germany, and even Belgium, meet in the historic council hall of Solingen, which is now part of the codecentric headquarters.

The workshop is split into two parts across two days. Friday afternoon the students show up with their laptops to install everything that is needed to learn Clojure the next day.

After organizing for months, it feels great when the first students show up and everybody starts installing, chatting, having a drink & pizza together. Time flies by, as you improvise around dead links and 32-bit versions of programs that don’t like 64-bit OSes, while learning how to navigate Windows settings in French…

Saturday was dedicated to learning Clojure in small groups, each having their own patron from the female IT pioneers mentioned above. As an organizer I regrettably didn’t get to coach myself, but it felt like a happy & focused learning atmosphere.

All the mental energy burned by intense learning and parentheses pushing was refilled at the delicious lunch buffet. There even were homemade Clojure cookies.

After another round of group hacking, the Saturday ended with presentations of the written code and a group picture:

The event was initiated by Falko Riemenschneider and organized by him, Silvia Schreier and me. But it would have been impossible to get off the ground without the great voluntarily help of the plenty Clojure-enthusiastic coaches. Big thanks to all of you for sacrificing your spare time. Likewise, only the generous support of our sponsors bevutaIT, codecentric, doctronic, dpunkt.verlag, innoQ and itemis allowed us to organize a nice event to remember.  The feedback we collected was very positive, with some areas open for improvement. For the next event, not yet to be scheduled, we would like to have more female coaches which we hopefully might be able to recruit from the attendees.

So much for organizing events, now back to coding! 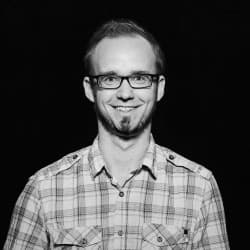