JavaFX: How to easily implement an application preloader

Have you ever been in situation that you developed an awesome JavaFX application but it is taking too long to initially load due to non-JavaFX prerequisites?

Maybe you are waiting for the connection to the database to initialize, checking for updates, testing connection or retrieving data from server…

The most basic approach for launching JavaFX applications is by invoking an Application.launch() method inside main method, which normally looks like this:

/** * This method is called by the standalone launcher. * It must not be called more than once or an exception will be thrown. * * Note that it is always called on a thread other than the FX application * thread, since that thread is only created at startup. * * @param appClass application class * @param preloaderClass preloader class, may be null * @param args command line arguments */ public static void launchApplication(final Class<? extends Application> appClass, final Class<? extends Preloader> preloaderClass, final String[] args) { }

Fine, we now know how to launch JavaFX application with a preloader, so let’s start with some example Main class:

In this example the MyApplication class extends javafx.application.Application and implements its #start and #init methods, let us consider a simple example:

It can be easily observed that the “heavy lifting” is moved to #init instead of #start. We will be later back to this, let’s consider how preloader should look like first:

What we wish to achieve

What the given diagram is describing is basically to show the preloader stage until our application is performing the “heavy lifting” and showing the main application scene when this work is done. The interesting thing about the JavaFX launch flow is that the process in which application is started are organized precisely in the following steps:

For a better understanding of this simple example of creating your own JavaFX application preloader, please take a look at provided source code.
Source code for the example is available here.
The Java version used for example is 1.8.0_60. 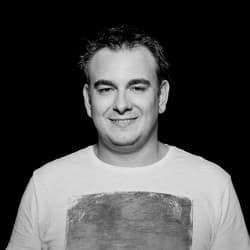