TL;DR: A solution is shown in which every app update step (one step per app version) is wrapped in its own class implementing a special AppUpdate protocol. On app launch, all classes implementing this protocol are loaded via reflection, instantiated, sorted by version number ascending and then each update step is executed if it hasn’t been already executed earlier.

One of the problems mobile engineers have to face is regular app updates. This problem is generally not new. However, we decided to present our solution to this problem because it may offer some interesting points for some.

Prior to the update, an app can have its state persisted in many ways and updating the app often requires transforming the existing data or creating new data. Two major problems exist in this scenario:

The code demonstrating this approach is available on Bitbucket for both Swift and ObjC. Let’s quickly go through the major steps.

Usually, we want application updates to be executed as soon as the app starts. The usual callback for that is didFinishLaunchingWithOptions in AppDelegate. So, in there we would add a line which does the app updating:

Simple as that. Also, for debugging reasons, we add the following in AppDelegate, to print the simulator app’s data folder in a console:

That way, we can easily track the Library/Preferences folder where the Preferences plist file is kept and delete it for easier manual testing of update steps.

Now let’s look into what’s going on in AppUpdater since it does the majority of work.

Guided by SRP, we have a class for every version update. Therefore, executing app updates comes down to iterating through update class instances and executing its update step. An example is given in the code bellow:

In case you’re wondering where the ASTEach in the ObjC example comes from, it’s from Asterism, a functional toolbelt for Objective-C.
Pretty simple. Bellow is the class diagram showing relations between AppUpdater and AppUpdate protocol which is implemented by specific updaters (v1.0.0, v1.1.0, etc.)

The method performUpdateStepWithUpdater executes an app update step if it determines (by looking up UserDefaults) that it hasn’t been already executed. App update instances are listed in the updaters array sorted in the order in which they should be executed. Update classes are conveniently named like AppUpdate_001_001_000 where the ‘001_001_000’ suffix describes the app version like 1.1.0, supporting versions up to 999.999.999. This makes it useful for sorting app update classes in the IDE project explorer tree, but it also paves the way for another approach: instead of listing all updater classes in the array like we did:

we can retrieve all classes implementing the AppUpdate protocol by reflection, so our performUpdateSteps method comes down to:

Once classes are extracted and instantiated, they are sorted by app version to ensure proper order of update step execution. Extracting all classes implementing a given protocol happens in getClassesImplementingProtocol method in Reflection.swift or Reflection.h. The content of those files can be looked up on bitbucket.
As an effect, all the developer has to do in order to execute the new app update is to create a class implementing the AppUpdate protocol.

Every app update step has its own class implementing the AppUpdate protocol. An example implementation is given bellow:

version method returns a string in format ###-###-### which is used to sort updaters chronologically. canExecuteUpdate is a place where the update step can decide whether to be executed or not (ie it only makes sense to execute on certain iOS versions because it relies on API introduced in relevant iOS version).
stepName returns a String which needs to be unique across all update step instances. This is because stepName String is used as a key in UserDefaults where we track which steps have been executed so far.
stepDescription is a short description of what the update step does (usually one sentence). It is stored as a value in UserDefaults.
updateBlock returns the block which does the actual job of whatever the update step should do. Some examples include: 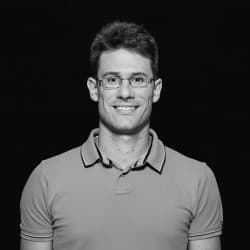