Agile methods were born and raised in software development. Meanwhile, the agile approach is spreading further beyond its birthplace into many new business areas. Still, the fundamental challenges faced in these new areas are the same challenges as those not yet overcome in software development. “Don’t just do agile – be agile!” is oft-quoted: agile methods are likely to fail as long as the neural conditioning of people introducing them is not in line with the agile mindset. Merely changing operational processes does not put the power of agile practices to work yet, “it just makes problems so painfully visible that ignoring them is harder” [Ken Schwaber]. This article outlines why we should consciously modify our own mental programming and how we may achieve this through the practice of mindfulness and Emotional Katas so that we actually “become agile”.

What is an agile mindset?

According to the Agile Manifesto, where the term “agile” originated for IT, people with an agile mindset focus on interpersonal communication; see the first and third value pair:

These relative values have people with an agile mindset “uncovering better ways” by doing work (originally “developing software”) and by helping others to do so. Grounded in doing as opposed to thinking, an agile mindset is not an anemic brainchild. It is a persistent striving to improve interactions with colleagues, customers and oneself throughout everyday work.

An agile mindset is simple, but hard to develop.

Despite being so down-to-earth, an agile mindset is very hard to put into practice. So many people embarking on the agile journey have been conditioned in hierarchical, autocratic systems. In the extreme, these systems motivate their members by granting material privileges and power over other system members. In any of these cases, it is counterintuitive to change one’s engrained behaviour in favour of an agile mindset. A severe crisis may mislead people to merely evade painful or deprecated behaviour. It will rarely guide them to reshape their fundamental attitudes and values in accordance with the Agile Manifesto.

Before positively training an agile mindset, we must remove blockages created by our previous cultural conditioning, which prevent just that new learning. Without first wiping the slate clean, we are likely to start out applying agile practices and then to get stuck half way. Even worse, we may claim to have found out that agile practices just do not work in our specific context.

Our capability as humans to be highly social and creative is a function of our neocortex. Due to its evolutionary origin the neocortex is also referred to as our mammalian brain. As long as it is in control we can positively train agile methods. Unfortunately, many of us tend to get stressed out in our everyday working life; e.g. when our project repeatedly misses its deadlines, exceeds its budget or otherwise fails to deliver on its commitments.

In situations arousing substantial distress, our ancestors survived throughout evolution by passing control from their neocortex to their “sympathetic nervous system”. This much older subsystem, which is also called our “reptile brain”, reacts much more forcefully and faster than our neocortex. Having so effectively secured the survival of our ancestors, this automatic handover is still in effect. Its primary drawback is its narrow-mindedness, which most obviously manifests as “fight-or-flight”. In less primeval terms, this may manifest as someone agitated neglecting all details, just to quickly choose from very few options.

Even the programs of our reptile brain may fail to solve a situation threatening us. Then, the most phylo-genetically primitive component, the immobilization system, automatically takes over control. Even older than our reptile brain, it is shared by most vertebrates. For vividness and consistent naming I will refer to it as “pre-amphibian brain”. Its program is the simplest: “freeze” or feign death. In less primeval terms, someone may resign mentally and pull all his/her energy out of a situation, or even withdraw internally from working life in general.

Physiological analogies to the three human modes of control.

Each of these three modes of control corresponds to a person’s physiological state. Thus, each is reflected by a typical tone of skin, tone of voice, blood pressure, etc. Putting it more simply: The tree modes correspond to relaxed social interaction, anger or fear, and depression – each of which most people find easy to recognize.

The mammalian, the reptile and the pre-amphibian brains each fulfill important functions in human life. Problems only occur when their interplay gets out of balance. This is for example the case when someone becomes chronically intimidated or gets stuck in a downcast mood. Today, many working environments formerly based on command-and-control produce such symptoms. Their members have been deeply conditioned to fear shame and to crave rewards or even power over others. As a consequence, these systems still have many of their human-mammalian brains repeatedly handing over control to their reptilian or pre-amphibian counterparts for painfully long periods. This is incompatible with an agile mindset, which requires people to be trusting, respectful, committed and creative, and hence fully functioning from their human-mammalian brains.

The trouble with overcoming this predicament is that our neocortex cannot help all by itself. Rationally addressing the mammalian brain actually leads to understanding, but not to persistent change in behaviour. The problems preventing an agile mindset occur on the levels of the reptilian and pre-amphibian brains, where and when the neocortex is no longer in proper control. Hence, any effective solution must contain bodily elements that have the power to recondition the older autonomous nervous subsystems.

Essentially, we can only overcome our bad old habits can by taking up better new habits. Hence, I propose to change our anti-agile habits by taking up one or both of the following two practices on a regular and frequent basis.

… and meditation are mostly associated with relaxation. This perception holds true but falls short with regard to the power they have in mitigating the problems addressed here. Relaxing helps us not to escalate into fight-or-flight responses or depressed states so easily. Beyond that, training mindfulness creates a gap between our feelings and perceptions on the one hand and our reactions to them on the other hand. The less aware or conscious we are of our specific feelings and perceptions, as in the case of distress, the more knee-jerk we react. This tends to produce inapt behaviour, which worsens critical situations.

By training mindfulness, we raise the level of our awareness so that we see more clearly what is going on inside and outside of us. At the same time we more easily resist the urge to instantly act on our immediate impulses. Thus, mindfulness increases our freedom to reflect and choose appropriate responses, and to wisely mitigate critical situations. In order for our mammalian brains to regain full control, our reptilian and pre-amphibian brains must first be reconditioned on a bodily level.

The term “kata” stems from Japanese martial arts where it denominates “choreographed patterns of movements” for training on all levels of mastery. As such, katas also serve engraining habits, in this case to perfection certain courses of motion crucial for surviving in battle. Emotional katas make use of the fact that motions and emotions are strongly coupled. When performing such a kata, the practitioner first enters into a certain posture strongly expressing…
A) anger,
B) shame or
C) dissociation.
E.g. in the anger posture the practitioner tenses his muscles, highly alert, clenching fists, ready to attack. Simultaneously, he recalls a concrete situation which invokes strong anger in him. After having felt this infuriating memory for some moments, the practitioner releases all tension, stretches his limbs opening hands, and breathes out in a long call of “No”. This expresses the practioner’s resolution not to react to anger with violence and to freely choose his most skillful response. Holding this opened posture for a moment, he says “And now?” and calmly reflects on some possible skillful behaviour in the situation he just recalled to invoke his anger.
Obviously, this way of reconditioning our anger response deals with our fight (-or-flight) impulse. Analogously, the emotional kata for shame is tailored to recondition our (fight-or-) flight impulse. Lastly, the emotional kata for dissociation mitigates the force of our freeze impulse.

In this article I offered an explanation why the introduction of agile methods still fails so frequently although they reached the mainstream years ago. I argued that superficially establishing agile processes and tools is of little avail. Only a deep realization of agile attitudes and values will produce the desired results. Such a cultural transformation first requires the removal of the conflicting conditionings implanted by the previous culture. I claimed that such reconditioning cannot be achieved only by the rational mind but also has to take place on a bodily level. Therefore, I proposed to establish new habits: namely through practicing mindfulness and emotional katas.

The next blog articles in this series will look into the value pairs 2. and 4. of the Agile Manifesto and the importance of transparency with respect to confirmation bias and “alternative facts”. Subsequent entries will address how to go about positively training an agile mindset. 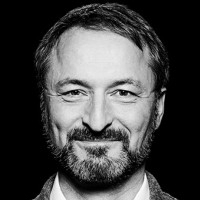 Gero Seifert is an experienced and empathetic “Agilisto”: as Scrum Master, Product Owner, trainer and consultant he has worked in numerous enterprises and IT projects on a wide range of technical, organisational and cultural levels of complexity.
For successfully supporting agile transformations he increasingly employs practices of mindfulness.