Serverless application for scraping and filtering

In this article, I’m going to write about an application which I wrote for scraping and filtering advertisements from few different websites. The application uses the serverless framework (link) and runs on AWS and the code is written in Python.

I am looking for a flat to buy. Since there are lots of recurring adverts on different ad websites, and the same flats are advertised multiple times to be always on the first page of results, I thought it would be an interesting idea to write an application which scrapes the advertisements from different sites and compares them. The main goal is to make a unique list of advertisements which are browseable.

In the past couple of months, I am working with serverless technologies and I came up with the idea to implement this application as a serverless application, document it, and share it in a blog post, as an intro to the serverless world with AWS and serverless framework.

The application is simple enough to understand, yet not a typical hello word application.

You can find the project on my GitLab account here.

In a nutshell, serverless means that you do not have to think about the servers. Just write the code which executes the business logic. The provider takes care of the rest (spinning up a container, initialization of the execution environment, code execution, scaling, etc.)

The application is designed to be hosted entirely on AWS. Lambdas are used to implement the business logic (fetching, processing and filtering the advertisements), and serving the processed data through an HTTP endpoint using API Gateway. DynamoDB is used to store the data. A public S3 bucket is used to host the frontend.

The architecture of the application is in the picture below.

The architecture consists of the following functions:

The frontend is a static website (HTML and JS), which fetches the data from GET /adverts/get?page= endpoint and visualizes it. The next screenshot shows the frontend.

The frontend is hosted in a public S3 bucket and can be reached here. It is a simple static website which fetches and visualizes the data got from adverts_controller. The data is a list of scraped and filtered adverts in JSON format:

The project is structured in a way that every function is in its own folder, and has its own dependencies (requirements.txt).
The exceptions are the following directories:

In the root of the project is the file serverless.yml, which is the main entry point. This file configures the serverless framework for this application.

The project has the following structure:

It consists of the following parts:

You can find the project’s serverless.yml here.

Below is an example which defines a function, configures an HTTP event for the given function and creates a DynamoDB table:

On AWS lambda, when using Python, the function which is used for handling the invocation should have the following signature:

Boto3 library is the de-facto standard in Python to interact with the AWS services. It is available in the AWS Python runtime.

The code which would satisfy the above-given example would look like this:

So far, so good, it’s simple and easy to write functions. But what about the testing? Testing a lambda function by deploying it and invoking, and then watching the logs is a bad idea.

Writing unit tests is a crucial step in writing better code. Fortunately, the lambda functions are easily testable. Moto is a powerful library for testing lambda function. It mocks AWS services like DynamoDB and the mocked service behaves like the real service.

You can find more about testing in the project’s readme file.

We’ve seen that implementing a simple application is easy with the help of the serverless framework and AWS stack.

There are several things which can be added/improved: 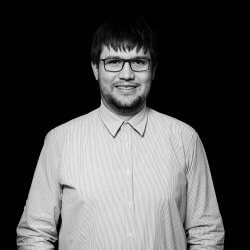 IT consultant in codecentric Novi Sad since October 2017

CloudWatch on AWS: How to tackle high-security requirements