Protecting resources with the Node ACL module in Node.js

What is NODE ACL and why should you use it?

Well, if you are looking for a flexible and elegant way to protect specific resources in your application, Node ACL (Access Control List for Node) is a module that can solve your problem, providing a smooth way to create roles and permissions, and assign those roles to specific users. After that, with node_acl middleware, which is express-compatible middleware, you can protect your resources.

Node ACL can be used with Redis, MongoDB and in-memory-based backends. It is also applicable to other third-party
backends such as Knex, Firebase, and Elasticsearch.

In this blog, I will show you some examples using MongoDB as a backend and a passport as authentication middleware.

To get started with Node ACL, first you’ll need your database instance, and then you can create your ACL module by requiring and instantiating the module. Since I’m using MongoDB, below you can see how to create an ACL module.

In your config file, you can specify the database host, port, and the name of your database, and then create the database URL:

After that, you can instantiate your ACL module with the backend instance:

After instantiating your ACL module, we can start with assigning permissions to roles.
It can be done in multiple ways.

With these lines of code we say that the admin user is allowed to do GET, POST, PUT and DELETE operation on users.
‘allow’ is a function that returns the promise and optionally can take callback with error parameter.

Another way to assign permissions to roles is shown in the code below:

You usually use this method when you need to set permissions on many different roles and resources. By looking at the code above, you can tell that the user has permissions over more resources than the admin, which does not make sense, but we will handle that in next line of code.

addRoleParents is a function you can use to tell that every admin is allowed to do what users can do.
If you want to remove role parents, you can do that with the removeRoleParents function and it should look like this:

Also, if you’re not satisfied with the roles and permissions you’ve created, this can be easily deleted:

After assigning various permissions to our roles, we should now assign roles to users, which can be done with the following piece of code.

With this code, we are finding all users in our database and then going through
the list of users and assigning roles to every user.

Afterwards, Node ACL gives us the possibility to check what we did so far. If we want to check which users we have given access to resources, and what are those resources, we can do this easily using the allowedPermissions function:

acl.allowedPermissions is a function that returns all permissions that we granted specific users to access given resources. As the first parameter, it takes a user id as a string, and the second parameter is an array of resources that we defined.
The last parameter (which is optional) is a callback which you can use to show permissions.
Output:

All lines of code that we have written so far are part of the node_acl configuration. It’s really simple, right? 🙂

The fun begins with in the following part. What we are going to do next is to apply node_acl middleware to routes and then test to see if we have configured node_acl in the right way.

The checkForPermissions function will return ACL middleware which should protect the resource that is named with req.url (it is really important to specify resources in the acl.allow() function in the way you use them in the router, because otherwise the ACL middleware will not operate in the right way), then it will take a user from the session and check the permission for req.method. In my case, I’m using the getUserId function to get the user ID, since I’m using a passport for the user authentication. NUM_PATH_COMPONENTS is a constant that you can use to set a number of components in the URL to be considered as part of the URL.
If I set NUM_PATH_COMPONENTS to be 1, then ACL middleware will only take ‘/api’ as the URL.

If everything goes smoothly, you should get all users. But if you try to get users by sending a request with the user
that isn’t an admin, you’ll get the following error:

Another way to do this is by using the acl.isAllowed(userId, resource, permissions, (error, allowed)) function which will check if the user is allowed to access the resource for the given permissions.

As I showed in this blog post, a Node ACL module is really simple and easy, and that’s all you should know about it. The important thing that we’ve seen is that it provides you with a nice way to protect resources in your application.
I hope this blog will help you with the implementation of the node_acl module. 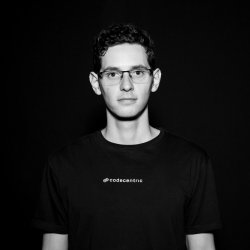 Nemanja has been working for codecentric Bosnia since 2018. His focus is on both the backend and the front-end environments, and his current interests include frontend technologies, GraphQL, NodeJS, AWS.