Overview
How to identify relevant quality attributes in software

The testable Lambda – A lightweight approach with Dependency Injection

With AWS Lambda, you can run code without having to maintain the runtime environment – hence the term “serverless” for this kind of deployment model. A Lambda application can be a component of a larger, distributed application, communicating with other, external components. Examples of such external components are DynamoDB databases, S3 file buckets or REST services.

In this article, we want to explore component testing of Lambda applications. Component tests should be executable from any environment, e.g. locally on your development machine or from a CI/CD build, and we will derive and demonstrate a technique to achieve the desired level of isolation to do so.

The complete example project is hosted at GitHub.

The following example shows a JavaScript Lambda application – in short, just “Lambda” – that:

… using HTTP for client communication. All the application code is contained in index.js.

AWS Lambda uses Node.js to execute JavaScript. Thanks to this, you can use npm to run automated tests and choose from a wide array of testing solutions from the Node.js ecosystem. A popular choice is the combination of the Mocha testing framework and the Chai assertion library, offering an overall lightweight testing setup.
So, can we just write an adequate set of test scenarios for our example Lambda and execute them locally or in a CI/CD pipeline via npm test?
Unfortunately, no. The DynamoDB client, accessible through the variable dynamo, will try to connect to DynamoDB when the Lambda is executed within a test scenario – and fail.
This lack of isolation makes it impossible to fully exercise our Lambda in tests without providing connectivity to the external service – an expensive requirement we don’t want to fulfill.

Instead, we want to find a way to fake the interaction to DynamoDB. With the faking approach, we are not only freed from the burden of providing a reachable database, but we can also conveniently simulate both successful and failing interactions to validate that our Lambda will handle both well.

Dependency injection (DI) and test doubles are patterns to define your system under test by isolating it from other parts of your application, including external services like REST services or databases. DI enables you to dynamically pass test doubles of dependencies (commonly referred to as “mocks”) to a system under test to achieve the desired isolation.

In our case, the DynamoDB client would need to be an injectable dependency to our Lambda application. This would give us the ability to provide a test double during automated tests while providing the actual DynamoDB client in production.

Take another look at the dynamo variable which encapsulates the external DynamoDB service. Why does dynamo remain accessible by our handler function despite being declared above it but not exported as well?
The answer: Functions in JavaScript, such as handler, are “lexically scoped closures”. A function literal (the place in source code creating a function) has access to variables declared in its outer scope, which includes local variables and parameters of all surrounding functions. The accessibility to those variables outlives the functions that declared them.
We can utilize this behavior to implement Dependency Injection for functions.

Generally, for a given function f we can have an additional function outer, where

With this schema, test code can create an instance of f by calling outer and passing test doubles as dependencies. Production code does the same but passes actual production dependencies:

In conclusion: Since we can inject dependencies into JavaScript functions we can use DI for Lambda handler functions.

The previous section confirms that DI is possible for Lambda handler functions. As with any function in JavaScript, they are lexically scoped closures that will happily hold on to parameters of a surrounding function.

For demonstration, let us now rewrite our example Lambda and make the variable dynamo a dependency injected in this manner:

index.js still needs to export a handler function to AWS, but will now use the handler.js module to create it, while passing an instance of the actual DynamoDB client:

By now, we still have a deployable application that works as before, split into two separate modules.
Again: the advantage over the initial version is that we are now able to provide the handler’s dependencies via the deps parameter object.

After we have rewritten our Lambda to accept dependencies dynamically, we are ready to write our test scenarios. We will use Sinon.JS as a test double library to create a fake DynamoDB client, which we will pass to our unsuspecting Lambda handler via its factory function. Furthermore, our tests are using the Mocha testing framework and the Chai assertion library.

Since the above scenario tests the handler function directly, we can invoke it as AWS would do – by passing an event and context object (the context object is omitted in our test scenarios, since our Lambda is not using it).

Sure enough, we have working tests!

We examined Dependency Injection (DI) as an approach to automated testing of AWS Lambda applications in isolation from external components like DynamoDB, S3, REST services, etc. Although the Node.js ecosystem offers specialized module-mocking solutions to facilitate isolated testing, DI offers an intuitive way that works with any testing framework/library. If you like to, you can check out the example project and give it a try. 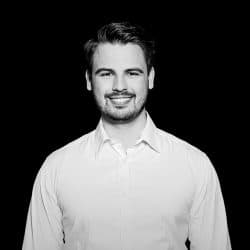