Overview
Hit me baby one more time – What are cache hits and why should you care? 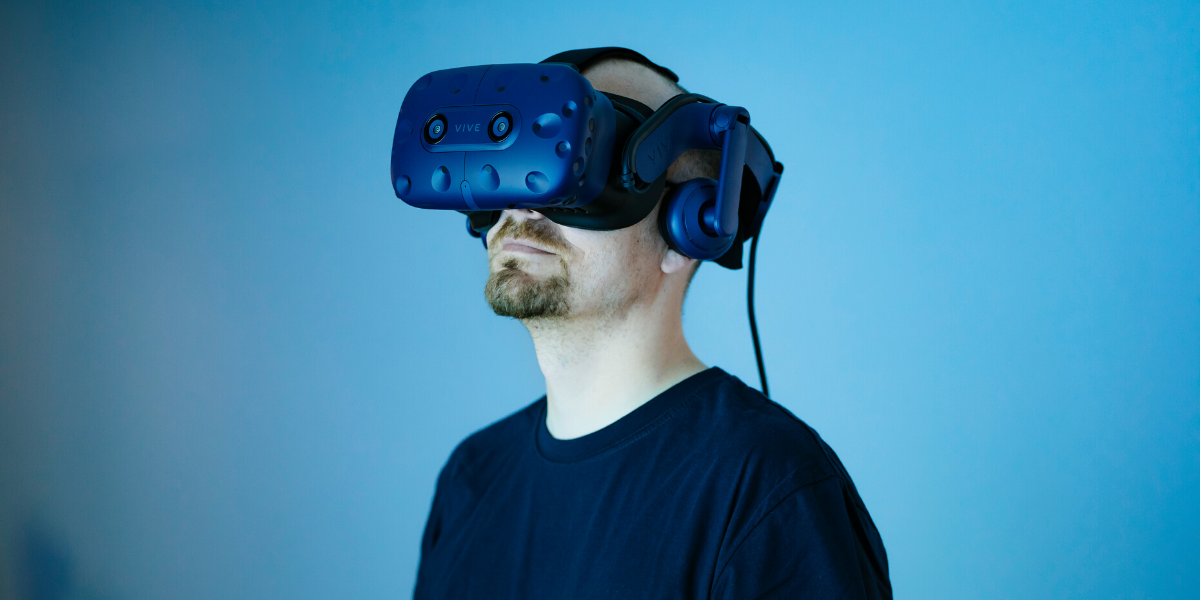 In part 1 and part 2 of this blog article series, I have covered

for virtual interaction rooms. Today, I pick up from the usage scenarios and try detailing out some interesting moderation formats for VR.

I have talked to a couple of trainers, moderators, coaches and facilitators and here’s a brief summary of their feedback. They shared some tempting workshop formats that might work well in VR:

Body language matters a lot for Event Storming workshops, so video conference just won’t do. Also, there is a practice known as “hack the space”. It addresses a known issue of not having enough place for huge event flows. This can be easily addressed in VR because the space is potentially infinite.

Simple things like throwing a ball improve the immersion of a VR experience a lot. There are a lot of similar haptic exercises like the famous ball point game. Thus, it seems to be natural to include such exercises into the VR Interaction Room.

Where do you come from?

A common warm-up exercise is to place each workshop participant at positions in the room. The positions should represent the geographical locations they come from (e.g. from Hamburg to Munich). In VR, you can actually project a (world, continet, coutnry) map like a carpet on the floor.  On this “world map”, people can place each other literally where they come from. Maybe even with a small flag carrying the name of their hometown.

You can even stretch this exercise to allow people scaling their avatar e.g. with respect to their self-assessment about how knowledgeable they are in a certain topic or other things that are simply impossible in real life.

The Speed Boat retrospective format is one example of a classic retrospective format. It becomes more tangible if you can walk around and dive under the boat, see the actual anchor (or place one yourself) when the boat is nicely modelled and maybe animated.

The Circle Way reaffirms the essential practice of taking a seat on the rim and turning to one another to uphold racial, ethnic, gender, economic, and environmental justice. (http://www.thecircleway.net/)

Running this exercise in office rooms, the campfire is made of paper to remind attendees of a  real campfire. In VR, they can have an actual campfire including flickering light reflections and cracking wood sound.

In a real Fish Bowl Moderation, the moderator has to actively encourage people to rotate the places, keep quite when not in the middle and always keep one place empty, a virtual Fish Bowl setup can mute everyone who is not in the middle and “kick” people from their chairs automatically. If everyone knows that the system behaves like this, no one will feel offended (other than if a moderator does it).

“Something you cannot do in Zoom meetings” – as we have learned, VR works best if the user can interact with the world he is immersed into. In many simulations like “Get Kanban“, “From Push to Pull” or “Exercise without a name“, the haptic interaction is an essential part of the exercise and cannot easily be replaced. Although the word “haptic” is negotiable in this context, VR offers a rich set of possibilities to implement such simulations.

Identifying and focusing the greatest efforts, values and risks of a project is one of the decisive factors for success in projects. The Interaction Room method supports complex communication in interdisciplinary teams. With the help of pragmatic modelling and intuitive visualisation, a common understanding of the project is developed with all participants within an Interaction Room workshop and the attention is drawn from well understood aspects to the decisive challenges of the project. The interaction room method focuses on the identification of critical factors and the explicit handling of uncertainties in order to put the project on the road to success.

Lean coffee is a lightweight moderation technique which allows time-efficient meetings with no prepared agenda but deeply satisfying and tangible action items as results. The participants compile and prioritize the agenda during the meeting itself and use thumb-voting  to extend or limit the timebox for discussion. So interaction is again crucial for this format. We already tried it in VR, it works surprisingly well!

In the “liberating structures”, introduced by Keith McCandless and Henri Lipmanowicz, there is one design element called “1-2-4-All“. It requires “Space for participants to work face-to-face in pairs and foursomes”. Although Zoom and other video platforms allow breakout sessions and coming back into the same video room, it is not as interactive as meeting with people face-to-face. Well, VR meetings are highly interactive and almost as good as face-to-face. Also, space is again infinite so this format definitely benefits from VR interaction rooms.

Last but definitely not least, Scrum is state-of-the-art in modern software development. A vast majority of software development teams work with Scrum or modifications of it. The essentials of Scrum are roles, artifacts and ceremonies. The ceremonies include Sprint Planning, Daily Scrum, Retrospective and Sprint Review. All of these require a room and some assets, depending on the moderation format. Since all of them are highly interactive, we believe that for dispersed teams, VR interaction rooms are a perfect place where to have scrum ceremonies.

There is a huge amount of moderation formats, techniques and methods in the agile world which rely on collocation and interaction. All these become extremely difficult for dispersed teams. VR Virtual interaction Rooms are a chance to mitigate this disadvantage in many cases.