Usually, debugging issues related to TLS in a Java application involves setting the debug flag -Djavax.net.debug=ALL. Unfortunately, the logs will then be flooded with debug entries, which makes troubleshooting the TLS communication difficult. Moreover, sometimes the problem can be solved just by decrypting the TLS traffic.

One way to achieve this is to use jSSLKeyLog, which is a Java Agent Library to log TLS session keys to a file that can be loaded into the Wireshark network protocol analyzer. Coupled with the recently improved Kafka Protocol support in Wireshark, this makes decrypting TLS traffic to/from Kafka captured using the Tcpdump packet sniffer easy.

when starting the respective process. The Kafka Broker can be easily instrumented by appending the flag to the KAFKA_OPTS Environment Variable.

Then, use the Tcpdump packet sniffer to capture the traffic to/from the Kafka Broker SSL listener, for example by executing the command

on the machine running the Kafka Broker (adjust the interface, port or path to the packet capture file accordingly).

After the capture finished, open the packet capture file trace.pcap using Wireshark. Without configuring the session key log, the TLS payload will be displayed as “Application Data”.

Next, configure the location of the session key log generated by jSSLKeyLog by choosing Edit > Preferences > Protocols > TLS > (Pre)-Master-Secret log filename in Wireshark.

This allows us to inspect the decrypted TLS payload. To also take advantage of the Kafka Decoder in Wireshark, select Analyze > Decode As > Kafka as the dissection protocol.

As a result, Wireshark will display the decoded Kafka API Request/Response pairs.

The demo uses versions of Wireshark and kafkacat not (yet) available in the standard package repositories.

To build all the required components, simply run

inside the project directory.

Warning: building the required Docker containers requires some time as Wireshark in particular is a complex application.

With this approach, we can easily capture and decode TLS traffic to troubleshoot Kafka related issues by inspecting the Kafka protocol requests and responses. The improved support for the dissection of the Kafka protocol available in the latest Wireshark releases might also prove valuable when trying to understand how Kafka works internally. 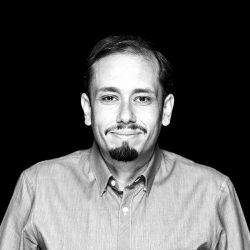 In a former life, PhD in Applied Mathematics. Worked in IT long enough to see several hype cycles come and go. Currently interested in Kafkalogy.