As you are developing your new shiny containerized service on Kubernetes (k8s), you might also want to apply Network Policies. But during the process, you experience connection problems inside your containers. You followed best practices and kept your containers as minimal as possible. So debugging your networking problems might get tedious.

In this post, we will explore how to use k8s ephemeral containers to debug problems with Network Policies.

One possible solution is using nsenter as described in this blog post. But as you can see, it involves a lot of steps to get your debugging started. In my opinion, ephemeral containers are a lot easier.

K8s 1.16 introduced a new alpha feature called ephemeral containers. At the time of this writing (k8s version 1.18.6), this feature is still alpha. So, what is the purpose of ephemeral containers? This is the interesting part of the definition for this post:

Ephemeral containers are useful for interactive troubleshooting when kubectl exec is insufficient because a container has crashed or a container image doesn’t include debugging utilities.

How to use an ephemeral container

Assume, you have deployed a Pod to your k8s cluster and want to debug networking problems. With ephemeral containers, you can add a container equipped with needed tools to your already running Pod:

For an extended example, take a look at the k8s debugging documentation.

The above command will start a container based on the praqma/network-multitool image in the same network namespace as the other container(s) of your Pod.

Ephemeral containers are a nice way to ease the debugging of Network Policies. But as the k8s documentation states, this feature is “not suitable for production clusters”. One problem is that you cannot remove the ephemeral container. This open issue addresses the problem. But the issue does not mention a milestone when it might be implemented. When this issue is fixed, this feature might also be useful for production use, but until then, keep it for your dev or test environment. 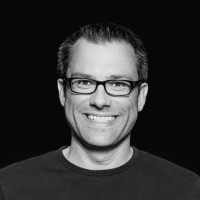 Christian Zunker is implementing and operating distributed software systems and infrastructures. In his current role as a Senior Consultant Cloud Technologies, he builds Kubernetes based Clusters for cc cloud GmbH and its customers.

Cynicism and burnout in Information Technology