Overview
Standing on the shoulders of the Tekton community: Tekton buildpack pipeline

BigQuery to the rescue: How to prototype an ML system for a medium-sized wholesale company in the Google Cloud

BigQuery can help with building an ML system for production with a short time to market.

In my bachelor thesis I examined how medium-sized companies can effectively set up their own machine learning (ML) system using limited resources.
The reason for that was, that in 2020, despite the coronavirus pandemic, 71% of companies increased their investments in ML [1].  However, the resources of a medium-sized company remain finite. In addition, only 53% of ML proof of concepts (POC) were deployed in production and realised their promised value between 2018 and 2020, according to Gartner  [2].

In the context of my thesis, I cooperated with the Mosecker GmbH, a leading family-owned, medium-sized wholesale company for domestic appliances, their core business being customer satisfaction rather than IT. We carried out a project to develop a production-ready ML system prototype, to test a combination of agile methods and the MLOps framework as a development approach.

The approach proved to be helpful.
However, in the following, I will focus on the usage of the managed cloud service BigQuery ML we used as the basis for the ML system. I will first introduce the project and system in general and then go into detail about a few particularities.

The project’s goal was to create a recommendations system prototype for personalized product recommendations in the web store of Mosecker in less than ten weeks. The prototype should also be suitable for use in production. To bring the idea to the market as quickly as possible and validate it.

Since one of the primary conditions is to create the prototype with the least resources and effort possible, all required resources were sourced from the cloud right from the start to avoid ramp-up costs and delays due to hardware provisioning and configuration.
Another advantage of the cloud strategy is the on-demand use and billing of storage and computing resources. This makes it possible to easily scale up the prototype at a later time.

I mainly used the BigQuery service and its built-in ML capabilities from the Google Cloud Platform (GCP) for this project, as I had previously used it for a similar use case. At the moment of writing, the first processed terabyte of every month was free, which meant even fewer costs. For a detailed description of how to create a recommendation model with BigQuery ML, I recommend two blog posts from my codecentric colleagues, Timo Böhm and Niklas Haas. The first  [3] is about the technical part; the second [4] is about the business perspective.

To complete the system with metadata tracking, I used the open-source tool MLflow. In concept, the ML system then consisted of three parts:

Figure 1 shows the interaction of the components during execution.

Figure 1: Schematic of training pipeline, communication between pipeline and BigQuery

This sums up to a single GCP project and two images, one to run the pipeline, the other to host the MLflow Web UI.
The training data is provided as CSV files in a mounted volume.

I have to note here that it was not the project’s scope to provide continuous monitoring, though this is in general a crucial step when following industry-standard MLOps principles  [5].

The pipeline is separated into five steps:

The MLOps white paper of Google [5] served as a template for the structure. It was then adapted to the project’s needs and technical requirements of the BigQuery ML service. This resulted in the pipeline steps described above.

The use of BigQuery as an integral part of the system presented some challenges. But I also want to highlight some beneficial factors for completing the project.

Start simple with a baseline model

One of them is to start with a minimal baseline model. Even though the idea of technical cut-through is not new, I want to highlight it here. Since BigQuery ML uses SQL to train ML models, creating a baseline model with default values is easy and fast.  This allowed me to focus more on creating the system in the first place, to make a technical cut-through including recommendation serving and simplifying the further improvement of the model.

Note:
Using an established ML use case made the development of the model easier, which is why I was able to focus on the technical cut-through. However, it might make more sense to focus on the model first in less common use cases, where you can not rely on a broad knowledge base for the model.

Evaluation of the model in BigQuery ML

One of the biggest challenges for me was to evaluate the created model. BigQuery ML does evaluate the model automatically during its creation. But Google does not provide more detailed information about the metric calculation or implementation, making it a black box. For this reason, I implemented the calculation of the mean average precision@k (mAP@k) [6] myself. You can find the SQL statement in this gist  [7].

During the project, I realised the mAP@k exhibited an unexpected behaviour in some edge cases.
As soon as the remaining recommendations of a query were all negative (0), these were no longer considered in the precision calculation, as seen in figure 2. For this reason, I designed the mean Precision (mP@k) and implemented it in the project. Here, every recommendation in a query is included in the precision, regardless of being positive or negative, as seen in figure 3.

If this explanation was too short, I recommend this more detailed article [8] by Ren Jie Tan. For evaluating the model, I preferred to use the mP@k because I find it more understandable and thus closer to reality. The SQL statements for calculating the metrics can be found in this gist [7].

As much as the cloud can save costs, it can also cause them, if you are not careful. Particular caution is required when booking computing resources in BigQuery, so-called slots [9]. These must be used for training a matrix factorisation model; other algorithms can also be used with on-demand resources.
The minimum slot amount (100) costs 4.80€/hour in the Netherlands. A model training for our data usually took only 20 to 30 minutes, so the costs were manageable. However, booking (managing) the slots is only possible via the web interface, SQL or the CLI of the cloud SDK. Although I have automated the step in the pipeline using SQL, I wanted to make sure that the monetary damage is limited in case of an error.

Therefore I used the cloud scheduler and a cloud function to regularly drop all slots at midnight. Fortunately, dropping the slots is also possible in the Python client library. The cloud function code and CLI commands for the scheduler can be found in this gist [10]. In retrospect, I noticed that one could have alternatively used a scheduled query. But this might complicate the integration into a monitoring system.

A month into the project, I lost track of the model versions and their performance. Therefore, I included MLflow tracking [11] into the pipeline and used its web UI to compare the models.
Doing this, following things were useful:

I should mention that BigQuery ML is intended for the fast testing of model ideas by data analysts. Its use as an ML system is not intended, so features like metadata tracking or a proper client API are (currently) missing.
For ML systems, Google intends the use of Vertex AI, but this has a steep learning curve, especially for a beginner with a small project. AutoML systems, on the other hand, were very limiting in their configuration.
By the declarative work with SQL, BigQuery ML offered just the right amount of simplification and freedom to create the prototype according to my needs. Unfortunately, without a proper API, but the use of SQL queries had its own advantages. By working declaratively, there were hardly any bugs in the data transformation part.

After eight weeks of development, the prototype has fulfilled all basic requirements:

In addition, the model did not recommend in majority previously bought items. Instead, also new items were recommended, which the stakeholders evaluated as reasonable. 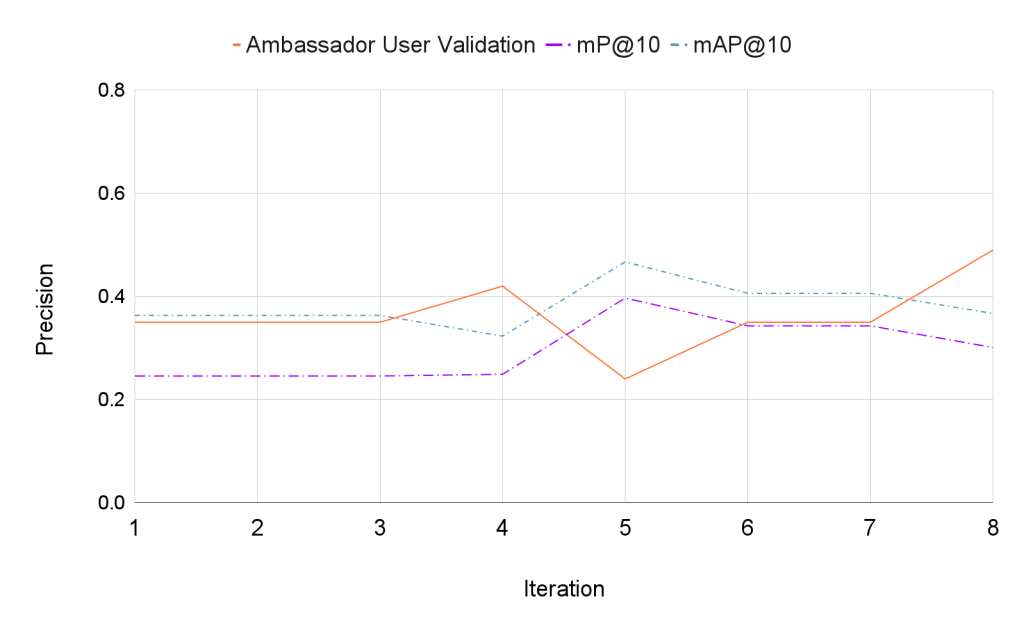 Figure 5: Model quality by different metrics in the course of the project

Figure 5 shows the different model quality metrics in the course of the project, as well as their various results. For more information on the discrepancy between offline evaluation and user validation, I recommend this paper [12] by Dietmar Jannach.
The collection of the Ambassador User Validation, which was the key metric for the project, was facilitated by the completed ML system.

BigQuery ML is not intended to be an ML system; this becomes apparent when you want to use it in a script. But it reduces a lot of complexity to simple SQL statements without taking too much freedom in the model configuration. This makes creating a minimal viable product or prototype fast and easy.

The mentioned challenges in creating an ML system, like slot management or model evaluation and SQL calculations, are a hindrance. But for me, especially for smaller projects, they are made up for by ease of use and simultaneous freedom.

In the end, BigQuery did the job. It enabled me to build a machine learning system prototype with a continuous training pipeline, metadata tracking and prediction serving within eight weeks.

A huge thanks goes to Holger Sickmann and Fabrice Lepach at the Mosecker GmbH for making this project possible by providing the data and insight domain knowledge.
I also want to thank my supervisors, Michael Bücker at the FH Münster and Niklas Haas from codecentric, for keeping me on track and helping me with all my questions. 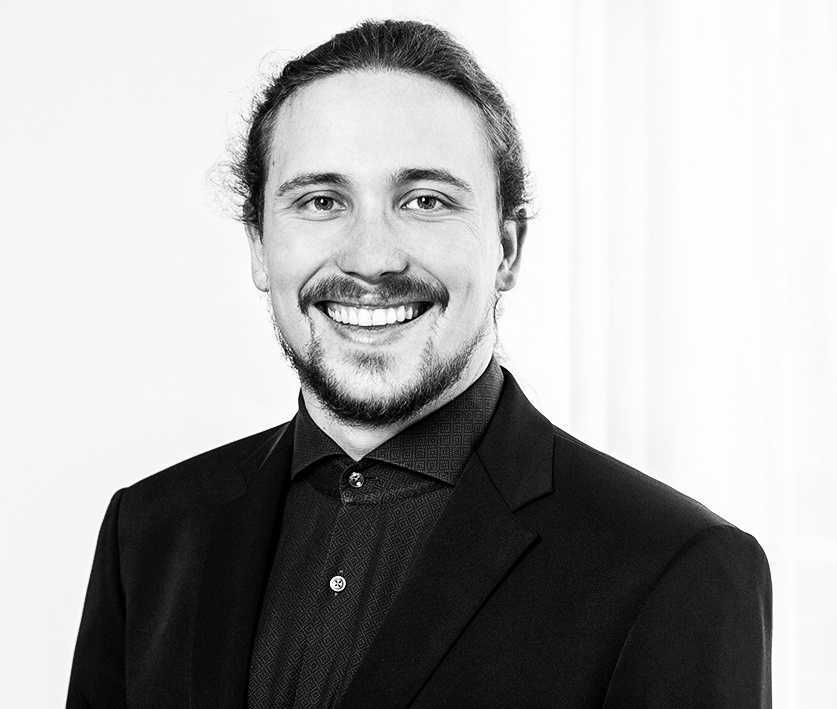 An important part of the business informatics bachelor’s degree for Felix is the satisfactory implementation of customer wishes.
It is very important to him to make this as effective as possible and to optimise the work process.
That is why he dealt with the development of ML systems in medium-sized businesses as part of his bachelor’s thesis.