An Introduction to Kotlin Symbol Processing

This article will give an introduction to Kotlin annotation processing using Kotlin Symbol Processing (KSP). We’ll take a look at KSP, compare it to the alternative KAPT, and implement a simple example.

I was inspired to write this post after multiple people asked me about KSP when reading my last blog post, which talked about generating Kotlin DSLs.

What is annotation processing?

Annotation processing in the JVM world usually refers to generating new source code at build time based on annotations present in the existing source code, which is also the scenario we’ll look at here.

A lot of variations are possible though: You could modify existing code instead of generating new code, as Project Lombok does; generate non-code resources, like AutoService; or process annotations at runtime, akin to Spring Boot.

JVM Annotations were introduced in Java 5 and with them the Annotation Processing Tool (apt) (not to be confused with the Advanced Packaging Tool (apt) commonly used on Linux systems).
Apt was at the time a standalone program you had to run before invoking the Java Compiler (javac). That was of course not very convenient and apt was integrated into javac with Java 6.

Kapt is essentially a wrapper around apt: It generates equivalent Java stubs for all Kotlin classes and then calls javac to let it process the annotations within. It only needs to generate stubs (classes and methods without any instructions), because apt doesn’t look at instructions anyway.

This brought a major advantage: almost all annotation processors written for Java were suddenly compatible with Kotlin.

But it also has some major drawbacks:

For these reasons kapt is officially in maintenance mode and it is recommended to use KSP instead.

Aside from not supporting Java annotation processors, KSP has several advantages:

Okay, so now you know KSP is awesome, but how do you use it?

Getting started with KSP

For this example I’m going to use a very simple gradle project (KSP supports maven as well if that’s more your jam).

Our goal in this example will be to generate an implementation of Printer, which logs anything we write in the method name to the standard output.

Our annotation processor needs its own module, and we’ll create one for our custom annotation as well:

Our processor will need access to the annotation and the KSP API. I’ll use KotlinPoet to support code generation so add that as well:

Our app needs the annotation plus the processor. We’ll also make IntelliJ aware of our generated sources.

If you’re only looking to use a processor instead of writing one, this last snippet is all you need, obviously replacing the dependencies with that processor.

To be able to process annotations, we need an annotation. Let’s call it @GenerateConsolePrinter:

I’ll also annotate our Printer at this time, but you could do that later as well.

We need to implement a SymbolProcessor (KSP support in KotlinPoet is in beta, so we need to opt in).

Which we then need to register using the fully qualified name for KSP to discover it.
For this we add a file: processor/src/resources/META-INF/services/com.google.devtools.ksp.processing.SymbolProcessorProvider

Now that we finished the setup, it’s time for implementation:

In this section I’m using KotlinPoet to describe the source code we want to generate. It provides convenient abstractions (TypeSpec, FunSpec and FileSpec below), which in my opinion make it the best tool for generating Kotlin sources from code, but you could use other methods (e.g. string templating) as well.

All the code in this section is part of the process function of ConsolePrinterProcessor.

First, we need to get all classes with our annotation:

We want to generate an implementation for each of these:

Next, we want to override each method:

Our implementation here just prints out the method name with convenient KotlinPoet templating.

And then we just need to write that all out into a file:

The Dependencies here tell KSP which sources we used to generate that file, allowing it to only regenerate if relevant sources changed. This is great for performance on later builds.

And that’s it! Run a gradle build and have a look at our newly generated class:

We can now use our generated class:

And test it with gradle run:

Success! Of course in this example we needed to write more code than we saved, but I think it’s easy to imagine how you could use this to avoid boilerplate code. Annotation processing is best suited for situations where you need to write a lot of code with very similar structure, but not so similar that you could just extract it into a method.

You can find the complete sample code here.

In this blog post we’ve learned what kapt and KSP are, and the major advantages of KSP, namely speed, Kotlin language feature support and independence from the JVM. We’ve also seen how to use a KSP processor and how to create our own with KotlinPoet.

I hope the next time you repeat the same boilerplate code over and over again you’ll think of this post and maybe even write your own processor to save you all that effort.

If you’re currently using KAPT, you can also check if your processors already support KSP for a nice build speed boost. 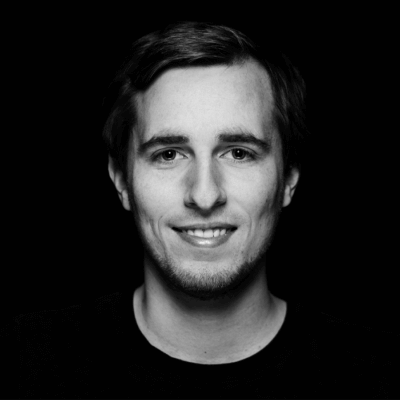 Lukas works as a developer and consultant in Karlsruhe and likes to try out new things. His focus is on the Java ecosystem, which includes everything from Android to Kotlin to Spring.