What’s TDD all about?

By utilizing TDD, you are first writing tests (that initially fail), and after that you develop code which makes the tests pass. Once you have the working code, you may wish to refactor it in order to comply with coding standards. This ensures that your app is testable, tested, and it generally improves app quality. You let tests drive your app design. 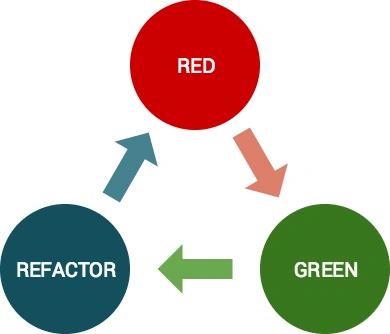 What are we developing?

The app we’re going to develop is an AddressBook which syncs contacts from a server. The complete app with the mock Sinatra server can be found here .

All test classes we create belong to the Test target and all production code belongs only to the main target. That way no test code is shipped with the app.

What is going to be our first test?

When the app starts, the contacts view is shown and the first thing the view controller should do is to fetch all contacts from the server. So we can test just that.

Add a viewController property for the view controller this test class is testing.

This code is not even compilable because ContactsViewController doesn’t exist yet. Let’s create it and add it to the app target.

Now, our code can be compiled, but it doesn’t test anything yet. Let’s add our testAllContactsAreRetrievedUponViewAppearing method. This method will test that contacts from the server have been requested as soon as ContactsViewController has appeared.
The way we can test this, is that we assert that there are no ongoing requests before this controller appears. After appearing we assert that there is one ongoing request of type DPAllContacts (DP stands for DataProvider).
The test we’re going to write is an integration test since it tests two app layers: ContactsViewController (UI layer) and DataProvider.

Now, this code cannot compile. To compile we need to create DataProvider and add ongoingRequests array in it. Also, create an empty DPAllContacts class.

Our test code can now compile, but it fails since there are no ongoing requests once the view controller is shown.

We also need to add the retrieveAllContacts method to our DataProvider façade. That method should add a DPAllContacts instance to the ongoingRequests array.
Now the test passes: The test passes, and it’s time for the 3rd step: refactoring. There are several issues here:

DataProvider interface exposes ongoingRequests mutable array which is an implemention detail. Besides, it allows someone else to modify it, which should be sole responsability of DataProvider.

Solving problem no.1 is easy: just move ongingRequests mutable array into .m file and expose the public method -(NSArray*)getOngoingRequests in interface file. The implementation can be trivial:

We should also adopt our testAllContactsAreRetrievedUponViewAppeared method to reflect these changes.

Singletons are quite common in iOS: UIApplication, NSFileManager, NSUserDefaults, CSSearchableIndex, NSNotificationCenter, UIAccelerimeter… Even though they seem convenient to use, they are quite cumbersome when writing tests. The reason for this is that singletons maintain state across the whole app life, or while executing tests. That means that one test could affect the next one, which is a big no-no in Unit testing.
Some common singletons in everyday iOS app are:

We can deal with singletons in several ways. One is to pass everything as a parameter to a, say, UIViewController and that one could pass references to other objects as needed.
One other solution is to, instead of having multiple singletons, have only one real singleton which would have references to all other potential singletons. I usually name that singleton ServiceRegistry. If we now define ServiceRegistry as

in PrefixHeader.pch file, then just by typing SREG. we get a list of all services in our app:

We can do the same with our DataProvider. By creating ServiceRegistry as singleton which will hold a reference to it, DataProvider is no longer a singleton and thus it’s much easier to mock. Which leads us to a solution of problem no.3.

Now we have a DataProvider property in ServiceRegistry class:

but what we actually want is to have a protocol to a DataProvider which can be either a production or mock class:

If you use AppCode for iOS development, there is one additional step that needs to be done. In AppCode, goto Run → Edit Configurations, click on the + button and select XCTest/Kiwi. It is useful to create two test configurations:

With the second one we can test only one test case without executing all tests after a single line change. To test a single class, enter the class name in the Class text field as shown in the image below. We saw that by writing tests, we let them drive our app design. We had to create a DataProvider layer which would serve as a façade to our backend server. We also created ContactsViewController and made sure that it retrieves all contacts after it appears.
The whole project (with somewhat modified code) is available on bitbucket .
This was a basic and introductory article on how to write tests and how TDD may look like in iOS development. There are many articles and books about TDD. Feel free to start with the Wikipedia article , and if you’re interested in a book, I definitely recommend ‘Test-Driven iOS Development’ by Graham Lee.

The macOS Finder Sync Extension allows extending the Finder’s UI to show the file synchronization status. Apple’s documentation on the macOS FinderSyncExtension is good, but it lacks more info on communication between the MainApp and the Finder Sync... 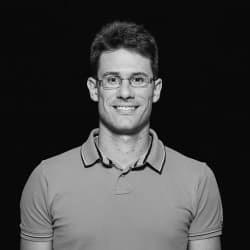 TL;DR: A solution is shown in which every app update step (one step per app version) is wrapped in its own class implementing a special AppUpdate protocol. On app launch, all classes implementing this protocol are loaded via reflection, instantiated...

Developers tend to neglect the importance of states an app can be in. Application states make an important part of the app lifecycle, and they should be addressed properly. This article addresses this problem. Additionally, a demo project is provided...

“I want highly responsive app which would allow browsing data even when I’m offline.” – boy, if we had a coin every time we hear one of those. Content which is before you is the resulting work of my colleague Igor Stojanovic and me. Ironically, CoreData...