In addition to fuzzy databases KTM also offers so-called dictionaries for the optimization of recognition. For example these dictionaries can be used in the regular expressions of a format locator to find dates of the form “01. December 2015”. The dictionary should consist of all the month names (January, February, March, …)

The KTM fuzzy databases can be searched by using the KTM script language. There are also sample programs offered by KOFAX (for example in the scripting help of KTM or here: “Best Practices “). To my knowledge there are no such examples for a search in a dictionary. In a recognition project for German license plates I had to search in a dictionary by script. I would like to briefly explain the reasons for this and present a sample script.

The first characters are a code for the city or the administrative district where the car is registered.

However, this regular expression may find also strings that are not valid, since only one to three letters are searched at the front. It would be nice, if one could use a list of valid city codes instead of [A-ZÄÖÜ]{1,3}. By doing so, the list of recognized, but invalid number plates would become much smaller. KTM dictionaries come in handy there. Lists of valid city codes are available in the Internet and a suitable dictionary file (KFZ-Staedte) with the valid codes is created quickly: However, the test of another document failed – no number plate was detected: 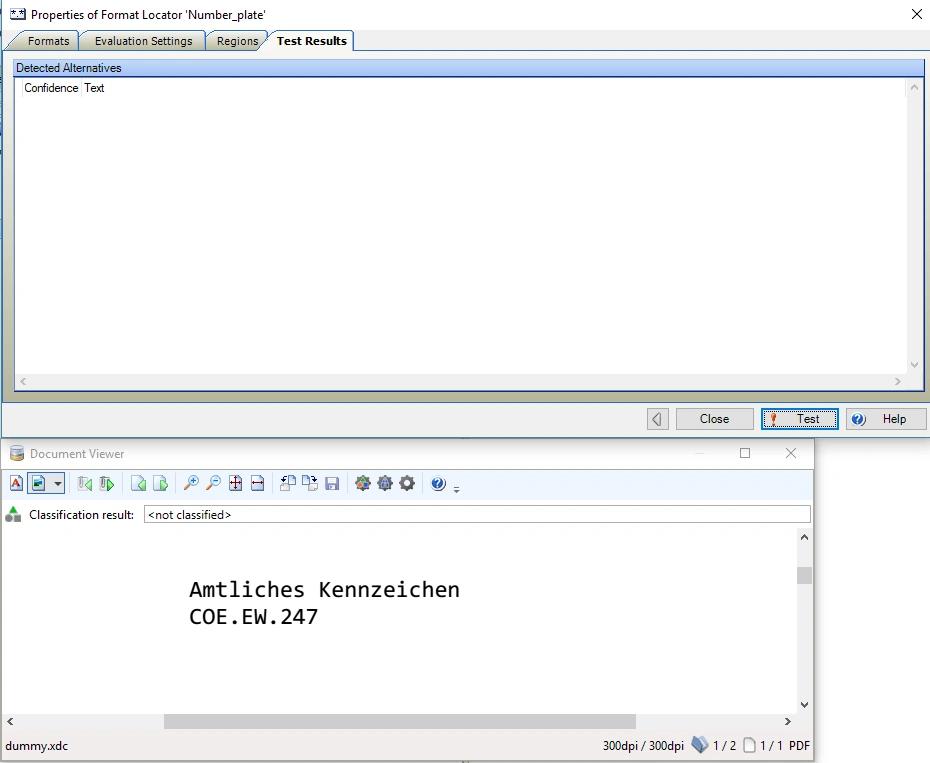 This is the case with the first example: “COE – EW 247”. The second example “COE.EW.247” has points as a separator between the individual parts of the number plate and the integration of the dictionary does not work as desired.
But I did not want to do without the optimized recognition of the city codes. Thus I used again the ‘original’ regular expression:

But now I took the recognized city code and checked it against the dictionary by script. If the test is positive, the license plate is accepted, otherwise it is discarded.

Here is a sample script showing how to search for strings in a KTM dictionary:

A well known approach to separate documents at scan time is the use of barcode labels on the first page of a document. The barcode may also be put on a single separator sheet. If a batch of documents is scanned by Kofax Capture, the barcode will be recognized...

Part 1: An introduction to format locators and regular expressions Many of our customers are using systems for automatic document classification and data extraction. These data capturing systems extract  metadata out of the electronic images (these are...