Overview
Cross platform JavaScript with Browserify – Sharing Code Between Node.js and the Browser

First of all, I assume that by now, everyone who has ever read a single tweet in his/her life has heard about Apple’s instantly infamous “gotofail” bug by now, and most of you have probably already read Imperial Violet’s analysis of it.

To sum up the debacle in short: A duplicate line of code, goto fail;, causes a critical SSL certificate verification algorithm to jump out of a series of validations at an unexpected time, causing a success value to be returned, and thus rendering the service vulnerable to attacks.

Bad. To say the least.

for the entire mess, and the common conclusion from this fiasco is “always put curly braces around your if statements, and this will never happen to you”.

Or will it? I mean, I find it rather curious that everyone seems to blame the mouse, while there’s a giant elephant in the room…

I find it amusing that the first thing anyone would think when looking at this code is “there should have been curly braces”. To make a point, here’s how that would look:

Can you spot the error? I mean: That, obviously, would have made one hell of a difference, wouldn’t it?

What seems to be the problem?

There’s no arguing around the fact that the duplicate line of code is a horrible, horrible bug. But as to how it got there, I beg to differ from the conclusion that everyone else seems to agree on:

Those braces aren’t at fault. A lazy programmer is.

Alright, maybe not entirely. A minor part in this mess can be attributed to the IDE (Xcode, I would assume) not catching the fact that a sizeable portion of the code is unreachable. A modern IDE should really show a warning in such cases, and as Peter Nelson points out, even Xcode seems to have an option for that, though it isn’t on by default – strangely enough, I might add.

But how do we fix it?

Now what can we learn from this? Here’s a number of things we can do to avoid this kind of disaster:

To make it clear once again: This should never have happened.

It shouldn’t have happened, because this bug is so obvious, that any reasonable amount of scrutiny, which should always be applied to critical pieces of code, will catch it.

It shouldn’t have happened, because even if the humans missed it, the tooling should have complained.

It shouldn’t have happened, because a simple test would have shown that the code never actually did what it was intended to do.

But first and foremost, it shouldn’t have happened, because making the algorithm terse and readable would have forced the programmer to think about flow, structure and intent of his/her code more thoroughly, and at that point, the superfluous goto fail; would have stuck out like a sore thumb.

There’s only one thing to blame here, and that has nothing to do with code style (as which I would consider where the brackets and braces go, whether to add empty lines, etc. etc.), but rather with craftsmanship and professional attitude.

And I have to say it: It’s not worthy of a company like Apple, which prides itself to sell only the highest quality products, to produce such sloppy, unchecked, untested and obviously uncared for code, least of all in a critical part of the foundations of the operating system that runs on all of its devices. 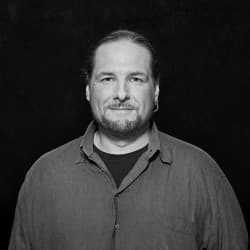