Overview
Linux on the Mac. Why? How? WHAT?!

A whole different problem is software not providing the expected behavior or functionality. This is something Acceptance Test Driven Developement(ATDD) tries to solve. ATDD is something that originated from the test driven movement, although Kent Beck in 2003 thought it was impractical. ATDD still gained momentum, and it has its benefits. By defining the tests before actually building the software ATDD provides more clarity about what needs to be created.

Other benefits of ATDD are:

And ofcourse there is a drawback:

Maybe there are more drawbacks of ATDD. I know that Acceptance tests themselves have some drawbacks. It makes sense to write your acceptance tests first before starting the actual coding. Maybe not for  small and simple things, but definitely for the large and complex.

Next to being free in our way we write our tests a test framework should support us as much as possible in writing tests quickly. Which means the following according to me:

This is quite a list of capabilites for a tool. A small team, including me, of codecentric wanted know if there are any frameworks available that allow us to write tests faster and thus prevent headaches. The following acceptance test frameworks score highly on the capabilities I mentioned.

Although we tried to look at all the acceptance test frameworks briefly we probably did miss some. Cucumber is part of the list and I already use it a lot. I am more curious about the other frameworks which maybe allow me to write tests faster.

Robot Framework looked very promising and I studied it in more detail. Concordion, Gauge and Jbehave are very nice frameworks but we looked at them only briefly because of time constraints.

I really like the Robot Framework it’s inital setup is quite easy using Java and Maven. This is how a simple Maven setup looks like:

This is an overview of the test project in my IDE:

The calculcatePage.robot is a test description for a web page with a calculator which should be in the directory robotframework. The FancyLib.java contains a class with methods that can be called by the test. You can run the tests with the command ‘mvn verify’.

The test cases in calculatePage.robot can look like this:

These test are quite readable I think (sorry about the boasting) but still I would like the ability to leave out the settings and only show the test cases.
Another big help are the large number of available test libraries for using in the Robot Framework tests. This is only a small listing of libraries:

More libraries can be found at the robot framework site. Other people at codecentric already wrote a lot about the Robot Framework so if you want to know more I really recommend reading their posts.

Less time wasted on acceptance testing is not only about using great tools it is also knowing what to test and what not to test. I get the idea of trying to test every part of the software end to end, and in some critical software it is even demanded.  But often resources are scarce and the certainty provided by full coverage of ATDD does not really cover the cost.

Talking about a ice cream cone, unit testing of the frontend, which seems a bit double when you already have acceptance tests which validates through the UI, should not be ignored.

So to prevent acceptance tests to be a black hole for time don’t go for full coverage but focus on the most important functionality. Take some time to choose the best framework. Be aware how much time you spent writing and running acceptance test and try to use ATDD it will likely improve the whole development process. 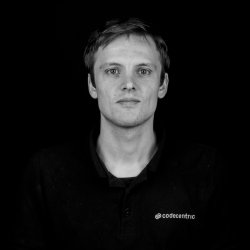