API management with Kong – an update and more

Almost two years have passed since the last blog post on this topic by Alexander Melnyk and in the meantime a lot has happened in terms of “API management with Kong”. So it’s time to update the content of Alexander’s post and to take a closer look at API management with Kong and the product Kong. This post marks the beginning of a series of posts that will follow soon. The focus of the series lies on the open source product, i.e. the API gateway Kong.

In order not to bore you with content from the release notes, we will start directly with technical features. The basis for the following considerations is the infrastructure based on a docker-compose-file, which can be found in the GitHub repo of the article. In addition, you need an API. The Python framework FastAPI is used for this purpose. It provides the API with three endpoints (/(root), service1, service2) in a container via Dockerfile. The API is also part of the repository.

The docker-compose definition creates the three services kong, kong-database and kong-migration. We will use PostgreSQL as database or DataStore component. The kong service as API gateway provides four ports for two endpoints: the comsumer endpoint and the admin endpoint, for http and https, respectively.
To operate the kong service, the kong-migration service is used for the initial generation of the objects in the kong-database. Unfortunately, the configuration of the database is not managed by the kong service. The services are started with docker-compose up. With the command docker-compose ps we now get an overview of the running services.

First you need to see if Kong is available. To do this, check the status of the API gateway with a GET request to the admin API. The call http localhost:8001/status should return the status code 200. For this purpose, I personally use the tool httpie.

About services, routes, consumers, and plugins

You can see that the access to the Kong admin API works, but no APIs are configured yet. Now an API is added which consists of a service and a route. Here you can see a change of the Admin API. Starting with version 0.13, routes and services were introduced for better differentiation and the ability to apply plugins to specific endpoints. To create a service, send a POST request to the gateway (localhost:8001/services).

For this short introductory example, the other possible parameters are not considered. Since Kong is used inside Docker, it is important to use the host.docker.internal IP. Otherwise there will be problems calling the API via the API gateway.

After the service has been created, a route must also be generated.

The service can be called via http localhost:8000/service1 and returns the following result.

Typically, you want to protect your API from unauthorized access or allow only dedicated users access. In Kong, plugins are used for this, which are executed during a request. In order to provide technical users, Kong offers another entity: the consumer.
http post localhost:8001/consumers username=api-user

You add the Key Authentication Plugin to the API and also connect the consumer to it, thus ensuring that only this consumer with a certain key can access the API.
http post localhost:8001/services/service1/plugins name=key-auth

The next step is to check whether the plugin is set up.
http localhost:8000/service1

Now we have to create a key for the consumer api-user. If no key is specified, it will be created automatically.
http post localhost:8001/consumers/api-user/key-auth key=secret_key

The API is called with the api-key and returns the following result.
http localhost:8000/service1 apikey:secret_key

All shown steps can now be applied to the second service (service2). When this is done, both services are protected by Kong.

We have come to the end of the first part of the Kong series. I hope this first post has given you some insight into how the Kong Admin API works and how it has been changed for the first time. In the upcoming parts I will not only discuss Kong itself, but also Kong Enterprise, the Service Control Platform. So stay tuned! 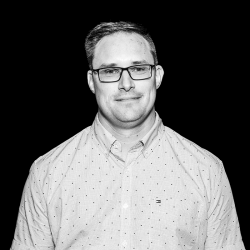