02/14/20 by Florian Schneider and John Fletcher

Mob programming is a technique we use extensively for sharing knowledge in the team, improving developer skills and increasing team cohesion. These might not be the primary goals of your business, but they probably contribute much more than you realise to achieving your goals. In this article, we share the techniques we have developed to make Mob programming feasible, fun and effective.

In a recent project, we introduced mob programming as part of our goal to share everything inside our team. We wanted to have all developers on the same level, rather than having titles, categorisations and specialisations. As a result of consistently applying a “shared everything” mindset, our team’s “bus factor” approached the team size.

In any team, there are individuals who are the sole possessors of specific knowledge, knowledge which is essential to the team’s performance and the outcomes. If these people were to suddenly leave the team, the team would suffer.

The bus factor of a team is the number of team members that would need to be “hit by a bus” before the team would end up in serious trouble.

How did we apply mob programming and “shared everything”?

During the project in question, we were lucky enough to use DDD (Domain Driven Design), TDD (Test Driven Development), and more importantly mob programming techniques.

Mob programming in a nutshell: You have one computer and three or more developers. One is typing (driver), one or the rest of the developers lead the driver and give commands (navigator-s). The whole team is working on the same issue at the same time. See the different mob programming modes in the experiment section.

Initially we had a bumpy start. Mob programming felt completely different to the software development we were used to. A feeling that we might not be moving fast enough was repeatedly mentioned in retrospectives, and there was the frustration of not being able to take the keyboard and control. We tried it, abandoned it, restarted, and stopped again.

In the beginning, we experimented a lot and were inspired by the Guide from Maaret Pyhäjärvi.

We started to see how knowledge was being transferred to every team member and code quality seemed to be increasing.

Nevertheless, the challenges continued. Just when we were about to give up the idea for good, we had a great mob programming workshop with Woody Zuill. This helped us to see how the technique allowed us to develop as people and as a team, and we were enthusiastic again! Among the many ideas we picked up from Woody was the practice of a daily retrospective. Generally we did this at about 4pm and tried to keep it to 5 minutes. In the daily retro everyone said something which went positive during the day. To get used to it, we needed to set up an alarm.

Some “shared everything” rules

For business meetings of course, you need to take breaks together. Here we established another rule – the “45-minute rule”, which basically meant a forced break every 45 minutes. Meetings are quite stressful for remote participants who are not speaking their native language. This helps them to stay tuned in.

Experiments for the win

As we mentioned earlier, we did a lot of experiments. Experiments are fun. So, for example, we tried to do mob programming in three different ways which we learned as “Dojos” from Woody Zuill during his workshop. We called them strict, soft, and freestyle.

We think we ended up in the soft mode most often – a good compromise between other techniques. Freestyle felt like a natural thing to do a bit every day too. But, we found that we had to reserve a time slot (maximum of 1 hour) for doing the strict mode because we valued this training in solution finding and patience, but one doesn’t just accidentally fall into doing something that feels so unnatural.

We also experimented with the mob programming time. So, we tried to set the timer to a very low (2-3 minutes), medium (5-12 minutes), and high (15-25 minutes) time. And then we started to mob for 1 to 2 rounds. We figured out that a timer set too high will cause followers to lose their focus. Also, too low times are bad because you start, think about something, start a small discussion and boom …. the time is over. At least, we stick to 6-8 minutes for a driving round. It was enough time for us to get something done, but also to discuss a little about an idea.

As a remote team, we also had to factor in the overhead of switching (pushing to a dedicated Git branch, switching screen sharing). We managed to reduce this to 30 seconds when we were disciplined, but no further. So with a timer of less than about 6 minutes, this became a significant aspect.

What about the mob programming patterns

Another thing we tried are different ways of driver-navigator patterns. Many teams are stuck on the navigator-driver-mob pattern. We tried every possible variation:

Driver-navigator-mob became our default order, because:

However, at various times we found the other patterns to be interesting and helpful. Did we mention it before? We loved to experiment.

Research has shown that psychological safety is a strong predictor of team performance. This is basically feeling comfortable to say what you think and be who you are without embarrassment or fear of repercussions. Collaborating together so closely helped us bond as people. There was rarely such a thing as “someone else’s code”, and everyone knew and was comfortable with everyone else’s capabilities and personal circumstances.

We managed to meet and work together in person a number of times – something which is very beneficial. Meet live, have a beer together in the evening, meet the family of your colleague – these are things which strengthen a team into a unit.

The irony of shared everything and bus factor

Using the mob programming approach as part of a “shared everything” mindset can be very beneficial. As the project went on, we noticed that our bus factor had approached our team size. In other words, you would basically need to remove the entire team for the knowledge and skills to be lost from the project. This is quite a phenomenal result.

We also discovered a high satisfaction spread through the team. Everyone was passionate about doing the experiments and working with each other. No-one feared to say “I didn’t get this”, “could we change this?” Or, “we should try this”.

High bus factor protects the team in the case that people leave it. Yet the irony of this is, when a “shared everything” team is established, no-one wants to leave. We had no fluctuation in our team during that project.

Despite the really interesting technologies and co-operative customer involved in the project, at the end of the project one team member summed up the team feeling by saying “I’m really sad that this project is ending. Not really because of the project work, but because of losing the team”. 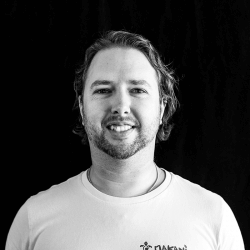 Florian has been working for codecentric in Frankfurt since 2018. His focus is on the Java backend environment and agile software development. He is a big fan of clean code and refactoring. Current interests also include frontend technologies, Kafka and various cloud topics. Approaches like YAGNI and mob programming are his passion. 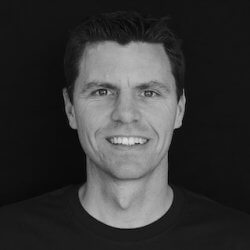 John is a fan of sustainable software development. For him, this means blending clean code, automation and the critical human element: strengthening the confidence, skills and motivation of team members. He also tries to be pragmatic and is an aggressive practitioner of YAGNI.